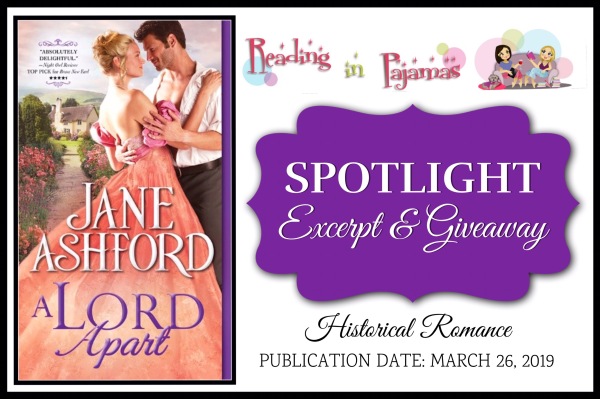 Family secrets, an unlikely alliance—and a love neither expected…

After his parents’ sudden death, Daniel Frith, Viscount Whitfield, is struggling to unravel a web of chaotic family records. He is astonished to learn his father’s will contains a mysterious legacy: a house left to a complete stranger. He knows nothing about the beautiful Penelope Pendleton and he’s not sure he wants to…until she turns out to be a whiz at all those nasty tasks involved in estate administration…

Penelope has no idea why Rose Cottage was left to her. But it’s a godsend after her brother’s reckless actions disgraced her family. She had planned to stay out of Viscount Whitfield’s way, not grow ever closer to him. But when they discover how entwined their families really are, Daniel and Penelope must collaborate to avoid a scandal that reaches much higher than they could have guessed…

“They taste good even if they look ridiculous,” said Daniel. He took a second bite of a Shrewsbury Cake that he’d shaped so ineptly. The room seemed different with Miss Pendleton installed in a chair beside his at the desk. Fresh and lovely in a blue cambric gown, she transformed it from a place of dry drudgery to a chamber full of possibility. She’d seemed harried when she first came in, but the sight of his documents, and the donning of her oddly charming dust sleeves, had visibly settled her.
She finished her cake. “That’s the great thing about pastry,” she said. “It’s still delicious even when you’ve sat on the box. Although eclairs are rather a challenge in that regard.”
Daniel raised an eyebrow. “That sounds like wisdom drawn from direct experience.”
Miss Pendleton nodded. “The…rather squashed looking Shrewsbury Cakes reminded me.”
“I must hear the story.”
Her smile was pensive, a little distracted. “As a special treat, my mother and I sometimes visited a bakeshop in a town near where we lived. Mama used to say the owner was an artist of the oven. On this particular day I insisted on carrying the box with its wonderful pink string. I was so proud, like an altar boy bearing the chalice.” She glanced at him. “I was four years old, you understand. I put the box on the seat of the carriage while I climbed up. Mama stepped in after me and sat on it.” She shook her head. “I hadn’t thought of that in ages.”
Daniel imagined how his own austere mother would have reacted to this misstep. “Was she annoyed?”
“Oh, worse than that.”
He had visions of a thundering scold, even a boxed ear.
“She burst into tears,” said Miss Pendleton.
The picture in his mind underwent a quick revision.
“She’d picked out a lemon tart, one of her favorite things in the world. She was looking forward to it as much as I was to my éclair. More, perhaps. And now they were both ruined.” She made a melancholy face. “So I had made my Mama cry.”
“Difficult.” Daniel started to point out that it wasn’t entirely her fault. Her mother might have been more careful about where she sat. But Miss Pendleton went on before he could speak.
“Utterly tragic for a small girl.”
“You might have gone back to the shop and replaced them.”
“I suppose. We didn’t. Perhaps there was a reason Mama had to be back. But in any case, she soon recovered. She was wonderful that way. She turned setbacks into…festivals.”
Rather like her daughter did with an upended life, Daniel thought. “How does one redeem squashed pastry?”
“Ah.” Miss Pendleton’s smile was impish now. “We took our flattened box to her sitting room and hid it away until a maid had brought tea for Mama and a glass of milk for me.”
“Hid it? Why?”
“We didn’t want to hurt Cook’s feelings by letting her know we’d bought pastry. She was very skillful, but not with sweets. So we always ate our treats in secret.”
“That was kind,” said Daniel. Had his parents had any such concerns about Frithgerd’s cook? Or any of the servants? He didn’t think so.
Miss Pendleton blinked rapidly. “My mother was extraordinarily kind.” She took a deep breath. “When the coast was clear, we spread open the box and ate spoonfuls of the…contents. We decided to call it an eclart. Which I still think is a very fine word.”
“Like a burst of excitement in your mouth,” he replied.
“Exactly!”
As their eyes met, alternative meanings for this phrase seemed to unfold between them. Daniel was suddenly conscious of the beautiful shape of her mouth, not far away at all. He wasn’t aware of leaning forward until he noticed that she’d done the same. They were inches apart. He wanted to wrap his arms around her, pull her close, and kiss her passionately, repeatedly, until they were both dizzy. He could just barely make himself sit back. The effort left him rigid, in more ways than one.
Penelope caught her breath. She hadn’t touched him, but it felt as if she had. The sense of connection had been as intense as an actual caress. She’d never experienced anything like it. She was suffused with longing. Did it show on her face? Was he wondering what was wrong? Her hand twitched. Their fingers brushed, and another bolt of sensation coursed through her.
Whitfield moved his hand away. He raised it, left it hovering in the air for a moment, then reached for another Shrewsbury Cake.
Penelope ordered her hands to stop trembling, and they obeyed. She’d learned to hide her feelings in the past year, as she discovered that a person being questioned by the authorities, particularly a woman, had to appear calm and rational at all times. Emotion roused suspicions and drew contempt. Interrogators might shout, and be seen as forceful, but they would pounce on the slightest tremor in their prey and call it instability. Not that Lord Whitfield was like that. She was muddling two very different things. She had to get hold of herself.
Picking up a page from one of the piles she hadn’t yet investigated, Penelope scanned the contents. 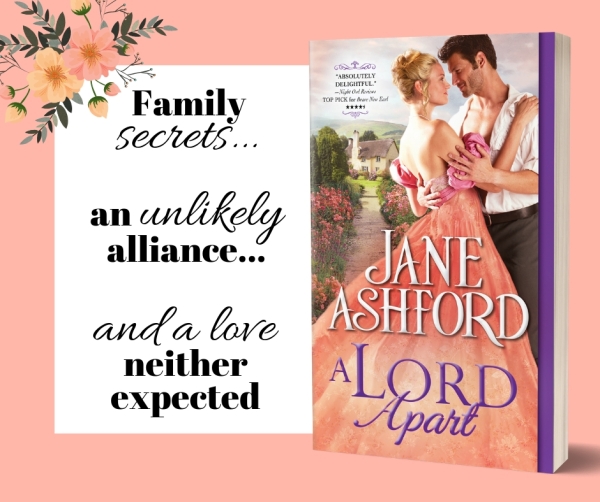 The Happily Ever Organized Gift Set giveaway is live now and runs through 11:59 p.m. on April 20th. This super cute gift set includes a pack of Bloom floral file folders, three pretty gold pens, a Lemome Original notebook (it has pockets!), and two lovely floral teacups. What better prize to honor the two loveable nerds in this Regency Romance?!