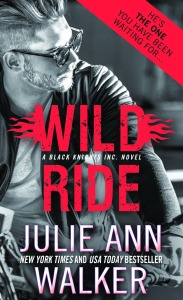 The hero we’ve all been waiting for…

In a black-on-black international mission that went seriously sideways, Ozzie was badly injured—now he’s stuck at BKI headquarters in Chicago, champing at the bit to get out into the field again. To his disgust, he’s tasked with distracting Chicago Tribune ace reporter Samantha Tate, who’s been trying to dig up the dirt on BKI for years. Turns out Samantha’s beauty, intelligence and sense of humor are a seriously big distraction, and Ozzie’s losing his desire to keep her at bay.

Ozzie’s tired of hiding, and Samantha may be the best—and worst—person to share his secrets with…

This is my favorite Black Knights Inc. Even though I’ve thought the same on each one I’ve read. The banter between Ozzie and Christian was so much fun, and Samantha showed that she could hold her own with Ozzie as well. I found it fascinating that Ozzie and Samantha – both involved with communication in one form or another – had trouble with the one-on-one communication. I’m not complaining, it added a great element to the story. The romance was smoking and realistic in its progression. (I want an Ozzie!) Then you add the danger and action to get a well-rounded romantic suspense novel. The bad-guy was perfect for this story. This is one that I will read again…especially when it’s time to gear-up for the next installment, Ms. Walker has my interest peaked for that!

Full situational awareness…
It was a phrase the Navy SEALs used to describe an operator’s ability to focus on a million things at once and quickly come to conclusions about who or what in his environment posed a potential problem. As far as Ozzie could figure, his environment posed three potential problems.
The first was Janie. She was gearing up to make another pass at him. He could see it in her come-and-get-me-big-boy stare. And what the hell was Gloria thinking? That he was some toy to be passed around? Sure, he deserved an ass-kicking for not immediately recognizing her. But in his defense, they’d only had sex once. And besides being a brunette back then, she’d also been about twenty pounds heavier. And just to be clear, she was the one who never called him back.
Pretty much the story of my life, he thought, quickly followed by, Damn you, self-pity!
His second problem was Samantha. Something was off with her. He hadn’t noticed it at first, but then he’d detected the edge in her voice, the slight trembling of her lips. Both subtle tells had increased exponentially after she read that text message. Not good. The woman was like one of those damned truffle pigs when it came to sniffing out trouble, and the thought of her pretty neck on someone’s chopping block had anger burning low in his belly and fear crawling up his spine like a poisonous spider.
And then there was problema número tres, otherwise known as the big, burly biker who had shouldered his way into the bar. He was wearing the colors of the Basilisk MC, one of Chicago’s true-blue motorcycle clubs, and the expression on his face said he hadn’t come in for a drink. He was searching for someone. His eyes were barely visible between his shaggy hairline and the dark beard that grew up over his cheeks, but they zeroed on Samantha’s back as she made her way down the long hall leading to the restrooms, making it seem that he’d found his quarry.
Ozzie’s heart rate spiked, the feeling as familiar as breathing. The blood rushing through the injured muscles of his thigh caused them to twitch, and the resulting pain was also now as familiar as breathing. He tried to take comfort in that. Pain meant life. He should be grateful to still be alive. He was grateful to still be alive. Even if it appeared that his life wasn’t going to be anything like what he had planned or hoped.
“Heads up,” he murmured casually.
“I see him.” Christian took a slow sip of his beer as they watched the biker skirt around tables until he stopped at the high-top closest to the mouth of the hallway.
“Hard to tell what he’s packing beneath his cut,” Ozzie observed. Cut was the term bikers used to describe the jackets that sported their colors and patches. Those colors and patches not only told the world which MC the rider was affiliated with, but also who the rider was within the MC and the various things the rider had done for the MC. According to this dude’s patches, he was the sergeant at arms, the enforcer for the Basilisks, and he’d killed for his club. More than once.
Well, piss, shit, and suck a potato dick.
“Judging by the size of that bulge,” Christian speculated, his accent thickened with adrenaline as he nonchalantly unhooked his heels from the brass footrail and prepared to make a move, “I should think it’s either a small sidearm or a bloody big knife.”
“Trouble brewing?” Delilah asked beneath her breath, coming over to them and pretending to wipe down the bar. “First time I’ve ever had a Basilisk in my place.”
“You still got that sawed-off back there?” Ozzie asked. One of the many things they all appreciated about Delilah was the shotgun with the aftermarket shortened barrel she was known to keep behind the bar.
A faint smile curved her lips. “Wouldn’t leave home without it.”
“Good,” he told her. “If shit goes sideways, I want you to grab that scatter gun and duck down behind the bar.”
“But—” she started, only to have Christian cut her off.
“Oy. Shut your gobs. Here comes Samantha.” When Christian got really worked up, a little cockney slipped into his highbrow London speech.
But Samantha wasn’t coming. Oh, no. She was running. Running out the door leading to the alley like the place was burning down behind her. 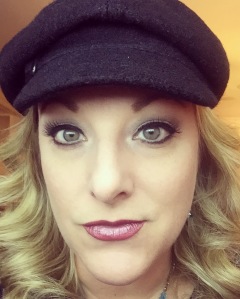 Julie Ann Walker is the USA Today and New York Times bestselling Author of the Black Knights Inc. romantic suspense series. She is prone to spouting movie quotes and song lyrics. She’ll never say no to sharing a glass of wine or going for a long walk. She prefers impromptu travel over the scheduled kind, and she takes her coffee with milk. You can find her on her bicycle along the lake shore in Chicago or blasting away at her keyboard, trying to wrangle her capricious imagination into submission.