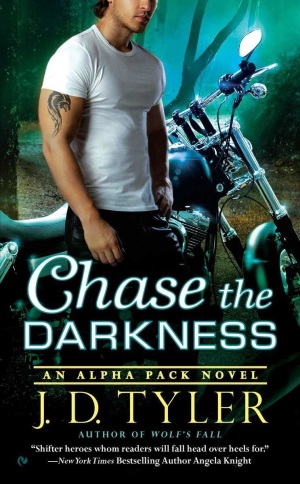 Believed dead by his Pack mates, Micah Chase, a wolf shifter and Dreamwalker, was held captive for months, subject to tortures that left him physically scarred and emotionally unsettled.

Now under the care of the Alpha Pack’s doctors, he’s been prescribed an experimental healing drug, but he still can’t shake the nightmares. Even more damning is that Micah’s problems pose a danger to his team, and if he doesn’t get himself under control, they’ll all suffer a terrible fate.

There is a key to his salvation. Jacee is a beautiful coyote shifter, and though her kind is hated, she’s falling in love with a man whose very future is in her hands. Together they’ll face his personal demons as well as a deadly enemy—and for both of them desire has never come with such risk.

Another great Alpha Pack novel! Micah is one of those wounded warriors battling the scars both within and without. I like that he was a little different and because of the past torture, he was a little humanized while still being strong. I think Jacee was the perfect choice for him since she’s strong yet passionate and determined. He needed that. Ms. Tyler always manages to give a different spin to each story and this was no exception. I enjoyed the danger brought by their evil villain and even though other things were going on, it didn’t overshadow the hot romance nor the camaraderie of the Alpha Pack. They’re just one of those groups that makes you feel you’re there with them. (If only that were true).  There’s a little teaser for the next book and I’m already chomping at the bit to read it. It promises to be another good one. 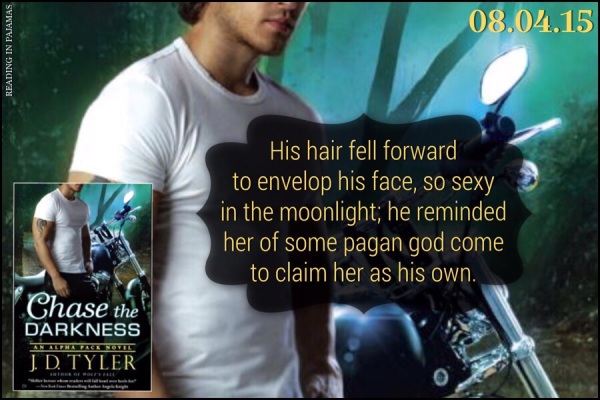 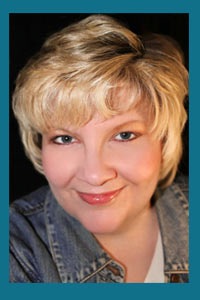 National Bestselling Author J.D. Tyler is best known for her dark, sexy paranormal series Alpha Pack, and the popular Firefighters of Station Five and Sugarland Blue series under her pseudonym Jo Davis. PRIMAL LAW, the first book in her Alpha Pack series, is the winner of the National Reader’s Choice Award in Paranormal. She’s also been a multiple finalist in the Colorado Romance Writers Award of Excellence, a finalist for the Bookseller’s Best Award, has captured the HOLT Medallion Award of Merit, and has been a two-time nominee for the Australian Romance Readers Award in romantic suspense.