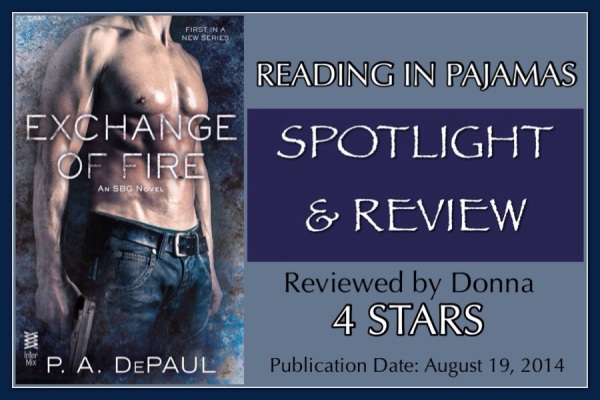 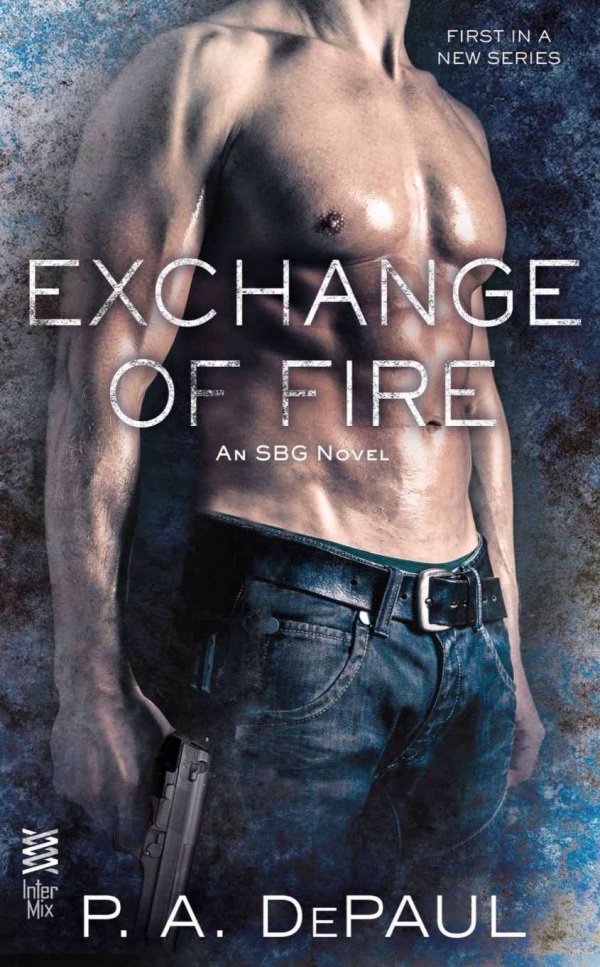 Faking her death was easy, living with her past is harder, but nothing is more dangerous than falling in love…

Sandra Walsh was a deadly sniper for the Sweet Briar Group, a covert agency with assassins for hire, until her last mission went horribly wrong, accidentally killing an innocent girl. Knowing she’s a danger to her team, Sandra goes off the grid, becoming a Shade—an agent declared dead but secretly hiding among the living. She intends to honor her vow never to pull another trigger or have contact with the spy world again. Until she meets Casper Grady…

Grady is a former Marine with a troubled past and a debt to pay. His life mission has gone from protecting the nation to helping local children and their families. The moment he meets Sandra, he knows there’s more to her than meets the eye, but he can’t help but be drawn to the mysterious femme fatale. And when Sandra’s past suddenly catches up to her, Grady is determined to protect her at all costs, no matter how dark and dangerous her secrets are.

As the danger increases, so does their intense attraction. But when they’re forced to choose between each other and the people they’ve sworn to protect, their growing love might not be enough to keep them together—or alive…

I enjoyed this set-up to a new series and how the author introduced us to the players. The members of SBG are a fun mixture of personalities and I like that the author wrote about their transformation as part of this story. As for the romance, I wish that it was a little hotter and that I could have connected with Sandra more but the story was intriguing enough to make up for that. A few times I did have to re-read a paragraph to double check who said what but it was not enough to interrupt the overall flow of the story. I enjoyed this story and cannot wait for the next installment to see how things evolve.

Since P.A. DePaul first sounded out the words “See Spot run” and “See Jane walk,” she was hooked. Couple that with weekly trips to the library where she usually tried to get the maximum amount of books allowed, and watching both parents get lost in a book, you would think she’d get a clue that writing might be something she should investigate. But sadly, no. (She’s a little slow on the uptake.) After years of escaping into fantastical worlds in books, P.A. DePaul started to get an inkling in the back of her mind that she could probably create something fun too. But again, as she was slow to move on to anything concrete, the idea just continued to fester until she picked up J.R. Ward’s compendium, The Black Dagger Brotherhood: An Insider’s Guide. Eureka! The three-way bulb in her brain finally clicked higher than the dim-watt. When she finished reading the “Advice and FAQs” section, her hands shook and her palms got sweaty. After she blinked away the lightheaded feeling, she thought to herself, “I can do this. I’ve read enough books to know what’s out there and what’s popular. I’m gonna give it a try.” Then she sat in front of her computer, chin in her hand, and drummed her fingers. What to write about? Even though she loved reading about vampires, werewolves, shape-shifters, and witches, she realized she had nothing new to offer. Frustrated, but not daunted, she went to bed and woke up the next morning with an idea; a concept that refused to go away. A couple of failed manuscripts and storylines later, she finally got it right. (Though, in her mind, those first couple of manuscripts weren’t failures. They were learning tools to help her hone her writing and learn how to construct a storyline. Some of the characters you’ll come to love in the Guardian Security and Investigations series started in those original pages and she just couldn’t part with them. Don’t be surprised if one day, she dusts one of those off and works it so they’ll finally be in print.) Knowing she had a novel worth fighting for, she joined the Romance Writers of America (RWA) and entered it in four contests. She won third place in Utah Chapter’s Heart of the West Contest! Woohoo! Confirmation she was on to something. P.A. DePaul originally hails from Carroll County and Baltimore County, Maryland, but also lived in Macon and Warner Robins, Georgia. She currently resides in a beautiful community just outside Philadelphia. When her head is not completely absorbed with listening to her very demanding Guardians tell their stories, she can be found with her head in a book—not only enjoying the story but studying what makes the novel work for her or not. She loves action-adventure movies (if it blows up spectacularly, she’s there) and watching way too much TV. (Can everybody say “Procrastination?” To which she usually replies, “But it’s research!” Yeah, they don’t believe her either.). Her husband and three-year-old Shi Tzu, Montgomery, sometimes stand outside her closed office door and wonder, “Is she still alive? Do we dare bother her? What if she’s on a roll?” Monty usually answers by scratching on the wood anyway. Gotta love a dog who doesn’t care about boundaries! Good thing he’s so cute! – See more at: http://padepaul.com/author-bio/#sthash.zIWzlKYi.dpuf 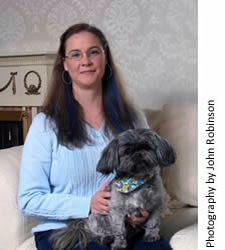 5 thoughts on “Spotlight & Review: Exchange of Fire (An SBG Novel) by P. A. DePaul”