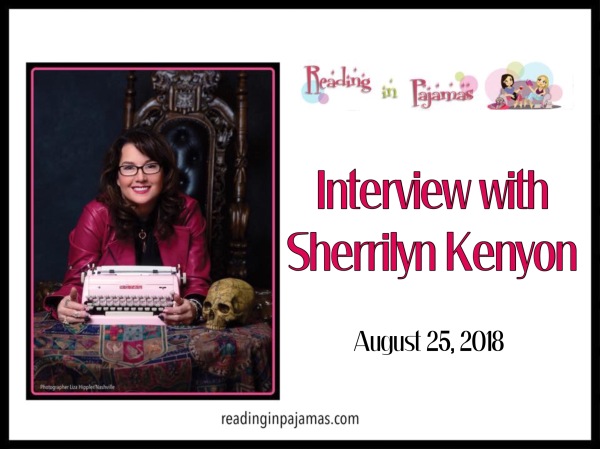 Donna and I got to do a Skype call interview with Sherrilyn Kenyon on 8/25 and ask her some of our questions and yours. We had so much talking to her. Below is the audio file and a written summary. -Cori

Is Urian’s book going to be as emotional for me as Acheron and Styxx’s books? No, because Urian was loved by his father and family. He isn’t as tragic a figure as those characters were, although his life wasn’t easy, Sryker was a fierce and loving father.

What is next for the Dark Hunters? Sherrilyn said that it will be Xander’s book. She had originally planned to write his around the time she wrote Wren’s book, but other stories needed told and he had to wait. Now he will have his time.

When is the Dark-Hunter Chronicles of Nick going to overlap? There has been an overlap already. There have been scenes in DH when Ash talks about the timeline/ past changing and someone playing with it. The plan was for the CON Series to always happen with the DH series. Readers just didn’t know it.

Most readers have a favorite character or group that gets them excited for a story does Sherrilyn have one any as well?  Of course she loves all her characters and there are no favorites. Cori commented that Donna is obsessed with Thorn. Sherrilyn seemed to think that wasn’t a wise choice as you never knew which way he would turn and if you get too close he might just stab you. Donna rather liked that about him.

Message from Cori: It was so much fun taking to Sherrilyn Kenyon and the ultimate fan dream come true for me. She was so nice and it felt like Donna and I were just talking to one of our girlfriends so if you listen to the audio we go off on other stuff besides books lol. She truly is the Queen of paranormal romance and it amazes me how she keeps track of all the multiple characters and storylines going on in her head. I love all of her series and highly recommend them.

Message from Donna: It was such a treat to talk with Sherrilyn Kenyon on Saturday. She is such a delight and put my nerves at ease immediately as our conversation wandered from books to kids and dust-bunnies. I am awed that she is a truly personable person while having a brain capable of holding complex worlds, changing timelines and multitudes of interesting characters into a type of convoluted DNA strand. I would be on overload! Our chat was a dream come true. 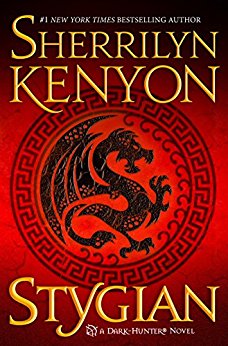 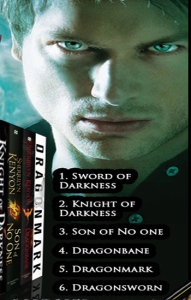