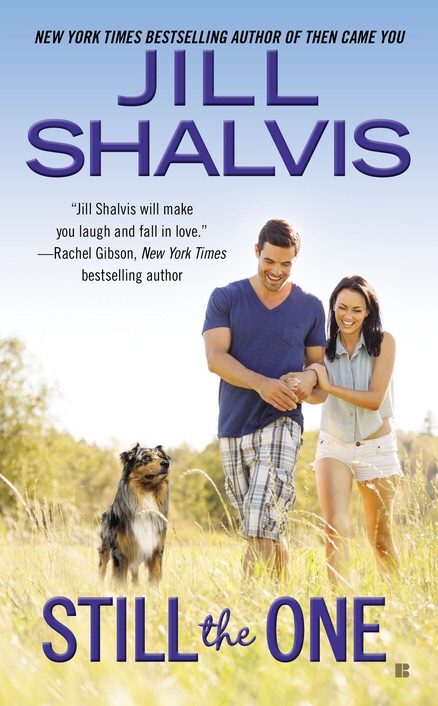 Darcy Stone is game for anything—except sexy Navy vet and physical therapist AJ Colten, the guy who’d rejected her when she’d needed him most. Now the shoe is on the other foot and he needs her to play nice and help him secure grants for his patients. Unfortunately Darcy can’t refuse. She needs the money to fund her passion project: rescuing S&R dogs and placing them with emotionally wounded soldiers.

AJ admits it—Darcy is irresistible. But he’s already been battle-scarred by a strong-willed, vivacious, adventurous woman like Darcy, and he’s not making the same mistake twice—until he and Darcy are forced to fake a relationship. Growing closer than they’d ever imagined possible, Darcy and AJ have to ask themselves: how much between them is pretend? What’s the real thing? And where does it go from here? 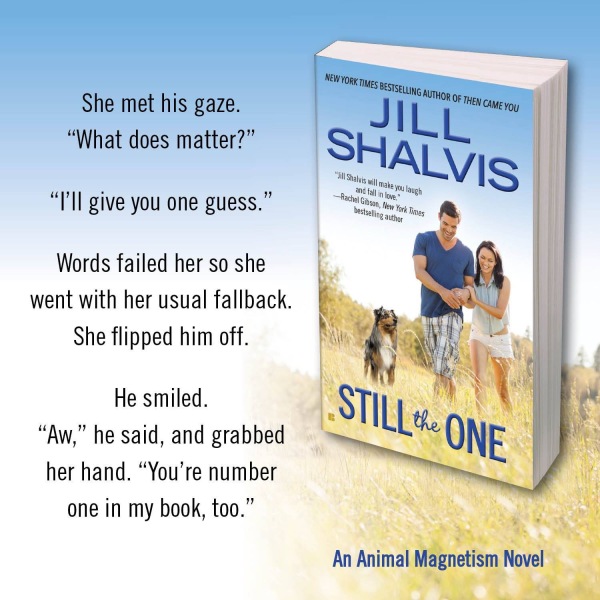 A very enjoyable romance between two strong willed people.  AJ seemed like every woman’s perfect man and I think I fell in love with him pretty early on.  I didn’t warm up to Darcy as much but then again, that was her character and the story around that flowed great.  I like that she wasn’t perfect and that she had physical obstacles to overcome, it made the journey memorable.  I’ve not read the other books in the series but felt like I knew the people around them and their long standing relationships.  Now I’ll have to get the rest of the books and read them too.  Overall a hot romance about overcoming obstacles and taking a chances. 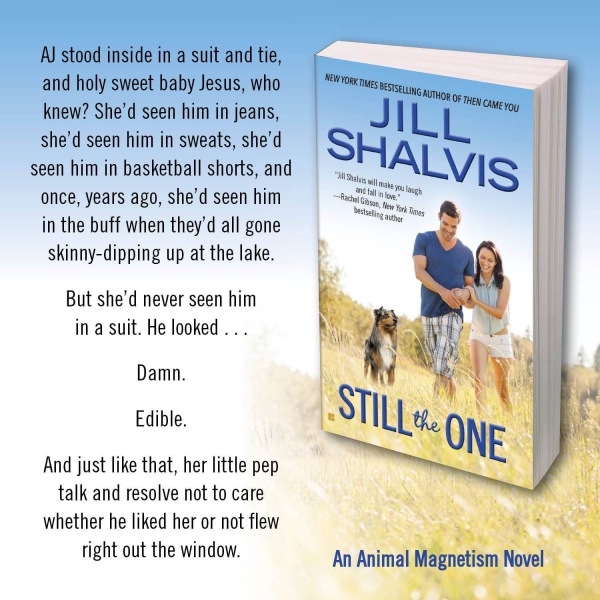 AJ held the door open for Darcy, doing his best to keep his tongue in his mouth, but he wasn’t sure he quite managed.“Thanks,” she said, brushing up against his arm and shoulder as she stepped into the elevator.His free hand came out to stabilize her, a purely instinctual move. He didn’t give a thought to the fact that she hated to be helped because he couldn’t give a thought to anything.Holy. Shit. Hotness.Her little black dress—emphasis on little—just about killed him.. The bodice was short, snug, and, at first glance, modest.Second glance, not so much.She bent over and fiddled with her heels, which had a strap around her ankle and screamed SEX. So did the way the hem of her dress rose up on her thighs, high enough that his eyes nearly popped right out of his head. “What are you doing?” he managed.“Nothing.” Still bent at the waist, she shifted to her other heel, during which time he pressed his fingers into his eye sockets to keep his eyes in his head.She was all leg and silken skin and crazy gorgeous hair, and he attempted to steel himself against her but he failed. He’d been wrong, oh so very wrong when he said he’d be able to handle her. He couldn’t, not in her yoga pants, not in a sexy little black dress, not at work, not in his truck, not in an elevator, not in anything anywhere—he couldn’t do it, Sam I Am.She straightened and sent him a searching look. She’d piled all that long curly hair on top of her head but several silky strands had escaped, brushing her temples and shoulders, giving her a just-got-laid look. Her lips were siren red and he knew it made him a pig, but all he could think about was her mouth and how her lips would looked stretched around his—“We’re on time still, right?” she asked.He had to clear his throat to answer. “Yeah.” Jesus.The door slid shut and silence filled the elevator while they stared at each other. To keep his hands to himself, he backed to the wall.“So,” she said, looking like she was mentally cracking her knuckles. “What are the rules here? Kiss ass? Sit, shake, and roll over on command? Tell everyone how you saved my life? Obey your every order?”Her sarcasm helped him roll his tongue back into his mouth. “I will ask you to kiss someone’s ass never,” he said. “Same for sit and shake and roll over. And you know damn well I didn’t save your life. But as for the obeying me? That. Lots of that would be great.”

Jill Shalvis is a New York Times and USA Today bestseller. She has written more than four dozen romance novels and lives in Nevada with her family.