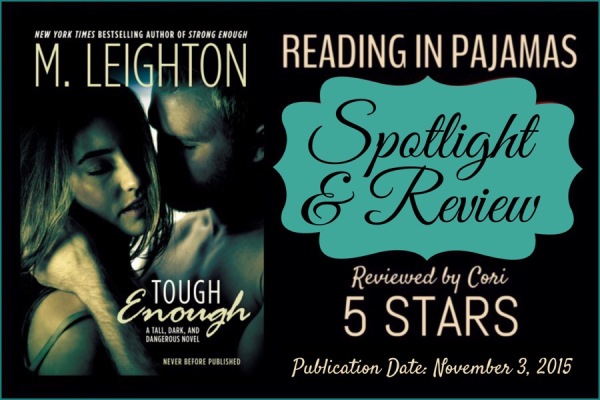 From the author of the New York Times bestselling Bad Boys novels comes the second book in a dark, sexy contemporary trilogy.

He’s a fighter who never loses, but is he tough enough to win her heart?

There was a time when I had everything–a wonderful family, a bright future. Love. But all that was taken away in a single night, torn from me like flesh from bone. Since then, I’ve hidden away in my second-choice job as a makeup artist. But I prefer it that way, actually. I’m comfortable in the shadows, where no one can see my scars.

Kiefer Rogan literally took my breath away the moment I met him. MMA champion-turned-actor, notorious playboy, charming to a fault—he’s everything I vowed to avoid.

But he just wouldn’t stop until I opened up and let him in. Maybe I should’ve tried harder to resist him. Maybe I shouldn’t have fallen in love with him. Because I, of all people, know that everyone has secrets. Scars. And that they’re usually ugly and painful and destructive to the people we love most.

I just never guessed that they could be deadly, too.

I loved this book! Tough Enough is the second book in M. Leighton’s “Tall, Dark and Deadly” series and can be read as a standalone. I loved Strong Enough, the first book in this series though and it started my obsession with the men in this group of ex special ops guys. Rogan is a sexy combo of charming, protective and he’s just perfect hero material. He’s definitely the hero Katie needs. I loved their story. It was emotional and smoking hot. The story takes twists and turns you won’t seem coming. I can’t say enough good things about this series. Like I said I’m obsessed with the men in this group and I can’t wait for Tag’s story next. Go grab both books in the series. I’m not sure which one I loved more, but they’re both books I’ll read again.

I hear a racy rumble come roaring down my street, getting louder as it approaches. My heart thunders along at a somewhat similar cadence, like the noise alone triggered my internal throttle. No, I don’t know that to be Rogan on his way to pick me up, but then again, yes, I absolutely do. Somehow it sounds like him. I’m already getting a mental picture, even though I’m still sitting on my couch. He told me he might show me what he chooses to drive. Something tells me he’s about to.
When the throbbing engine reaches its peak and then dies right outside, I leap up from my seat and run to the window. My insides twist and slither like a clutch of snakes when I see what’s parked outside. A black-and-silver machine, reading Ducati along the shiny gas tank, rests along the curb. And on its back is Rogan.
Even with his head covered by a matching helmet, I recognize him. I recognize his body and his body language. I recognize the way I respond to him. Even when I don’t want to.
He’s wearing a snug white T-shirt and ratty blue jeans. Nothing that would identify him. It’s the way he wears his clothes, the way the fabrics hug his lithe form, even the way he sits on the bike, like he is one with a wild, untamable animal, that is uniquely Rogan.
When he pulls off his helmet, I’m aware of two things. One, that his hair sticks up all over his head in blond spikes that make my fingers itch to touch. And two, that his eyes are on mine. All the way across the yard and through the sheer curtains that cover the glass of the window, they’re trained on mine. I can feel it. It’s like he knows I’m looking at him, like he can feel it, too. And that he honed in on it, on me. Instinctively. It sounds completely insane, but I don’t doubt it. This isn’t the first time I’ve felt him watching me. And it only gets more and more disconcerting.
For a few seconds, he just stares at me. He’s not smiling; he’s just straddling his bike, holding his helmet between his big, strong hands. The intensity of his gaze burns along my nerve ends, causing me to feel both terrified and excited all at once. It also makes me wonder why I agreed to this. I’m not entirely sure I can be trusted around him. He makes me forget. And that’s dangerous.
Finally, his face breaks into a breathtaking smile and I jump away from the window. I keep backing away until I’m safely ensconced in the shadows on the opposite side of the room. I pull in several gulps of air, fanning my flaming face with my nervous hands. I wait impatiently for the moment when he’ll knock and I’ll be face-to-face with what could end up being a nightmare for me.
But he could end up being a dream for you, too 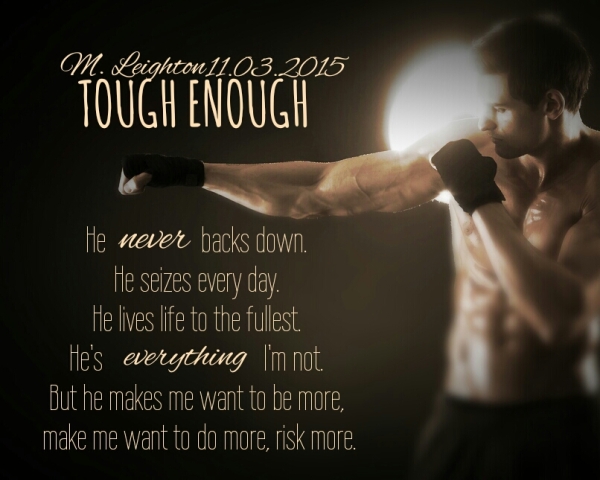 New York Times and USA Today Bestselling Author, M. Leighton, is a native of Ohio. She relocated to the warmer climates of the South, where she can be near the water all summer and miss the snow all winter. Possessed of an overactive imagination from early in her childhood, Michelle finally found an acceptable outlet for her fantastical visions: literary fiction. Having written over a dozen novels, these days Michelle enjoys letting her mind wander to more romantic settings with sexy Southern guys, much like the one she married and the ones you’ll find in her latest books. When her thoughts aren’t roaming in that direction, she’ll be riding wild horses, skiing the slopes of Aspen or scuba diving with a hot rock star, all without leaving the cozy comfort of her office.

If you’d like to know more about me…like MUCH more…like more than you’d ever really want to know…you can read my story here.