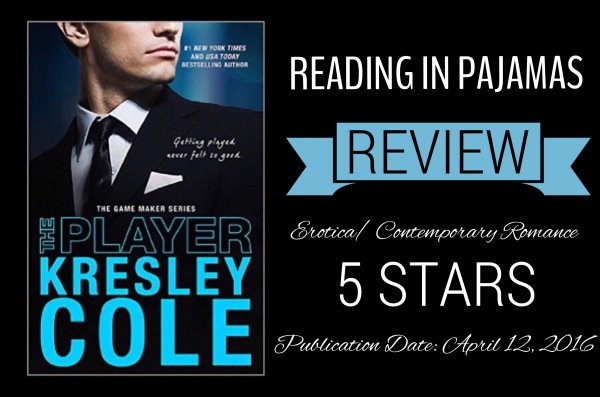 The Player (The Game Maker Series, Book 3) by Kresley Cole 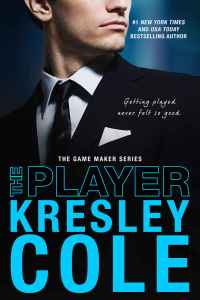 A madman with a shadowed past…

In the City of Sin, Dmitri Sevastyan finds her, Victoria Valentine–sexy, vulnerable, and in need of a protector. Obsession takes root deep inside him. Despite a history tainted with violation and betrayal, he will stop at nothing to possess her.

A grifter with nothing to lose…

Descended from a long line of con artists, twenty-three-year-old Victoria, a.k.a Vice, needs the score of a lifetime to keep her loved ones safe. She sets her sights on gorgeous and rich Dmitri Sevastyan. Even as the irresistible Russian toys with her body and mind, he tempts her heart.

Love is the ultimate wildcard.

When Vice and her associates maneuver Dmitri into a hasty Vegas wedding, he refuses to protect himself with a prenup, trusting her with all that he has. But can she trust him? As secrets unfold, the newlyweds share days of doubts and nights of the wickedest pleasures. Yet once Vice discovers her husband’s past, will she stay to fight for her marriage or cut her losses and run?

I loved The Player! The youngest Sevastyan brother just beat out his older brothers. He’s my new favorite and I didn’t think that was possible because I adored Maks in The Master last year. Each book in this series has made my list of favorites. They each feature a sexy Sevastyan brother and a feisty female heroine that leads them on a merry chase and wins their hearts. It was so much fun to read Dmitri and Vice’s book. Dmitri is a sexy billionaire software genius and Vice is a con artist from a whole family of con artists. Together they’re explosive! The heat scorched up the pages and the banter between the characters made me smile. I just loved everything about this book and I hope there will be a spin off series featuring some of the secondary characters. Go grab a copy of The Player and devour it now! 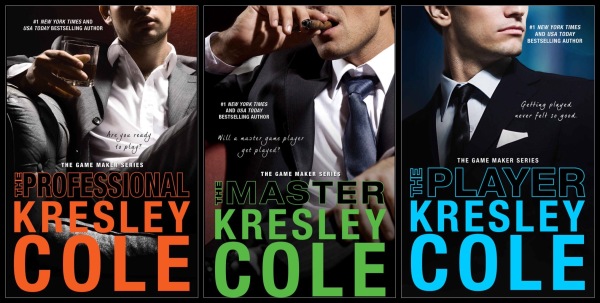 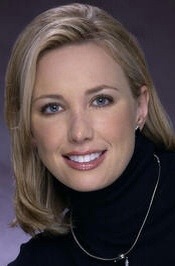 A master’s grad and former athlete, she has traveled over much of the world and draws from those experiences to create her memorable characters and settings.

Her IAD books have been translated into twenty foreign languages, garnered three RITA awards, a Hall of Fame induction, and consistently appear on the bestseller lists, in the U.S. and abroad.

Cole lives in Florida with her family and “far too many animals.”