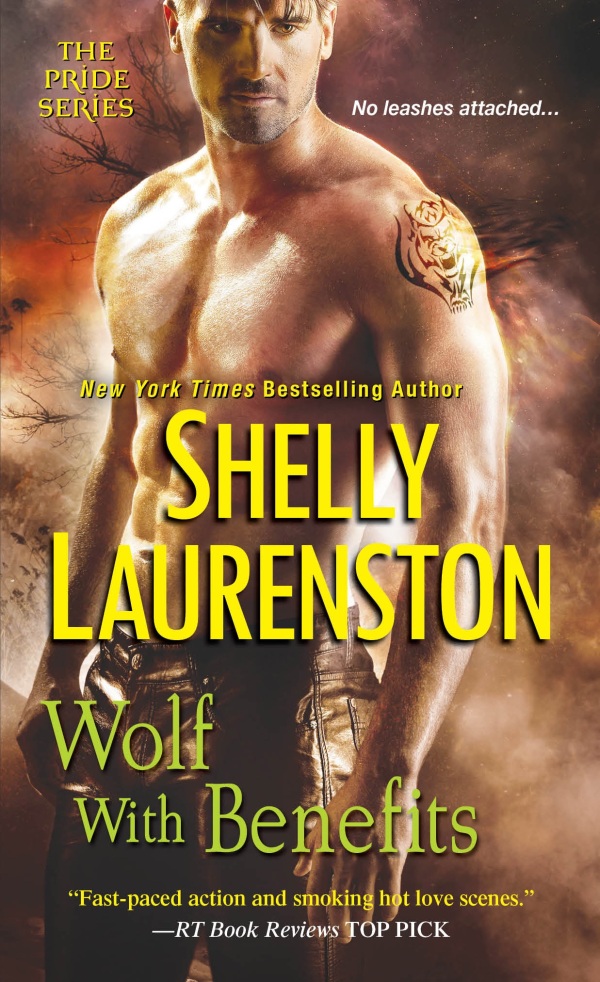 There’s nothing like a good ol’ boy wolf. And ace security expert Ricky Lee Reed serves, protects and seduces with all the right moves…

Sure, Toni Jean-Louis Parker has to be the responsible oldest sister to a crazy-brilliant clan of jackal siblings. But now she’s cutting loose for some hot, sweaty, no-commitments fun—and the sexy, slow-talking, swift-moving predator assigned to keep her family safe is just the right thing to shapeshift her love life into overdrive. Trouble is, he’s starting to get all obsessive wolf on her every time he looks in her direction…

Getting serious about anyone isn’t in Ricky Lee Reed’s plans. Hell, even now he doesn’t really have a plan—outside of catching whoever is threatening this dangerously brilliant family. But the more he sees of Toni, the more he’s howling for her. And whatever it takes to convince her that what they have is everything, well, this wily wolf is down for the sizzling chase…

Book 8 in the Pride series introduces Toni and her huge strange family of jackals and although at first it seemed a bit too hectic, it soon fell into a steady rhythm. That had to do with Ricky, one of the Reed boys that I have grown to love due to his quiet patience. Don’t get me wrong, he’s still a Reed and full of the sarcastic humor that keeps you chuckling but he knows what he wants and is willing to quietly worm his way into her life. While it still hit all the marks, it isn’t as romantic as some of the others due to the story. The chaos and snarky humor was fast paced and full of all the beloved characters that are the hallmark of this series. This was the third time I’ve read the book and it won’t be the last.

*Review copy provided by Kensington in exchange for an honest review.

Originally from Long Island, New York, Shelly Laurenston has resigned herself to West Coast living, which involves healthy food, mostly sunny days, and lots of guys not wearing shirts when they really should. Shelly is also the New York Times bestselling author G.A. Aiken, creator of the Dragon Kin series. For more info about Shelly’s books go to http://www.shellylaurenston.com. Or to check out G.A.’s dangerously and arrogantly sexy dragons go to www.gaaiken.com

Three (3) copies of WOLF WITH BENEFITS