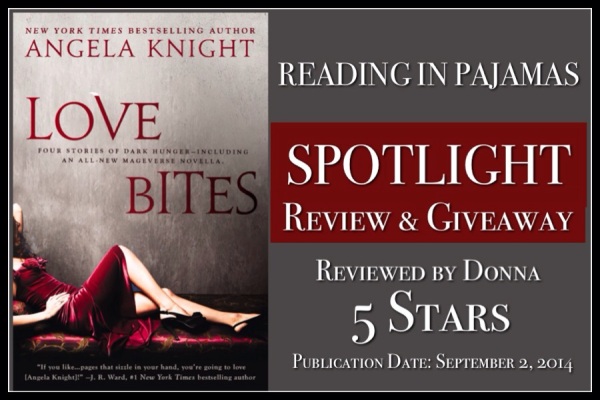 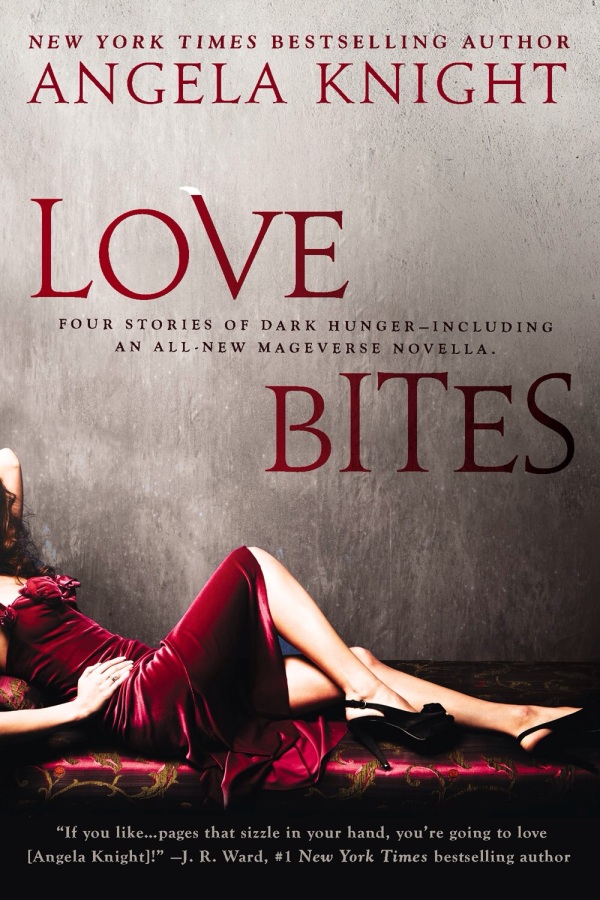 The New York Times bestselling author explores her most daring side yet in three tales of seductive vampires and the women who love them.

In the brand-new “Oath of Service,” Angela Knight introduces the Doms of the Round Table and a kinky circle of pleasure, pain, and power as she returns to her “sexy as hell” (Heroes and Heartbreakers) Mageverse world for a new twist on the Arthurian legend.

Morgana le Fay finally gets what’s coming to her in this novel-length story. After a fight with a dragon goes wrong, Morgana takes an Oath of Service to Percival, vampire Knight of the Round Table. Percival and his partners, Cador and Marrok, decide to give Morgana a taste of bondages and submission she’ll never forget. What they don’t know is that the lovely witch is keeping secrets that could destroy them all. To make matters worse, the dragon is plotting a deadly revenge….

Be Careful What You Wish For was a fun short story of vampires on a mission. The fact that they fell into a ménage situation that was a bit swoon-worthy. Fun and quick and oh so hot.

All in all, a very hot and steamy book aimed for the stout hearted. I loved it!

Angela Knight is the New York Times bestselling author of books for Berkley, Red Sage, Changeling Press, and Loose Id. Her first book was written in pencil and illustrated in crayon; she was nine years old at the time. A few years later, she read The Wolf and the Dove and fell in love with romance. Besides her fiction work, Angela’s publishing career includes a stint as a comic book writer and ten years as a newspaper reporter. Several of her stories won South Carolina Press Association awards under her real name.

In 1996, she discovered the small press publisher Red Sage, and realized her dream of romance publication in the company’s Secrets 2 anthology. She went on to publish several more novellas in Secrets before editor Cindy Hwang discovered her work there and asked her if she’d be interested in writing for Berkley. Not being an idiot, Angela said yes.

Whatever success she has enjoyed, she attributes to the marvelous editors she’s had over the years. David Anthony Kraft and Dwight Zimmerman at Comics Interview taught her the nuts and bolts of fiction writing. Alexandria Kendall of Red Sage discovered her talent for romance writing and encouraged her to believe in herself. And she will be forever grateful to Berkley editor Cindy Hwang, who has been unfailingly supportive.

Angela lives in South Carolina with her husband, Michael, a polygraph examiner and hostage negotiator for the county’s Sheriff’s Office. The couple have a grown son, Anthony. 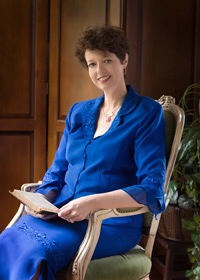