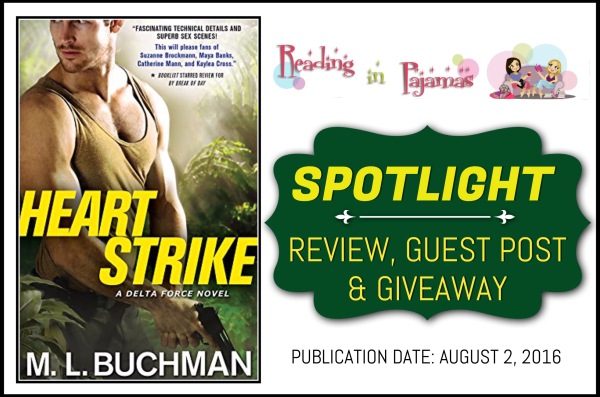 SERGEANT RICHIE “Q” GOLDMAN: The smartest soldier on any team

SERGEANT MELISSA “THE CAT” MOORE: Newest on the team, determined to be the best

Rescued from an icy mountaintop by a Delta operative, Melissa Moore has never met a challenge she can’t conquer. Not only she will make Delta Force, she will be the best female warrior in The Unit, and woe to anyone who says otherwise. Technical wizard Richie Goldman is Bond’s “Q” turned warrior. A genius about everything except women, he takes point on the team’s most dangerous mission yet. When the Delta Force team goes undercover in the depths of the Colombian jungle, surviving attacks from every side requires that Richie and Melissa strike right at the heart of the matter…and come out with their own hearts intact.

The first book in my new Delta Force #1, Target Engaged was called “His best yet” by Booklist and was also named a finalist for RWA’s prestigious RITA award.

Well, my answer to that is Heart Strike, releasing August 3rd, 2016. But it got me thinking. What are my favorite sequels? For a change-up, I focused on the action side rather than the romance, and here’s what I came up with.

4. Jason Bourne
Jason Bourne #2 & #3 didn’t disappoint…for a single second. They sustained the tension, remained true to the character (an essential), and found ways to ratchet the tension higher in each successive one. Number 4? Not so much.

3. The Wrath of Khan
The Wrath of Khan notoriously took one of the most disappointing movie launches ever, Star Trek: The Motion Picture, and created a massive and incredible franchise that has continued ever since. Khan is still one of the great, over-the-top, out-of-control villains.

1. The Dark Knight Rises
This choice surprises me. I like the Dark Knight reboot, but I’m not a big fan of the comic book heroes in general and frequently skip them. It took me a couple of years to catch up with this one and what I love about it isn’t the acting (which was wonderful), or the action (which was dramatic). It was the story. The writer and director completely set us up to thinking this story was going one direction…then in the last half hour it went another way entirely. AND that twist was perfectly in character, just wholly unexpected.

Now, I write romantic suspense, so the ending is fairly predictable, but I certainly hope that you enjoy the journey of my latest Delta Force novel, number 2, Heart Strike!

I enjoyed the romantic suspense of this book. Nice hot sex and ever growing drama. You add the Delta Force dynamics and it all equals a fast paced fun story. It did get a little bogged down in technicalities with planes and such, but that didn’t ruin the excitement. Richie was the perfect geeky operative that waffled between sweet and hot. I want one! Melissa did women proud by showing she had what it takes to be an equal, without being a bitch. I liked it a lot!

And that’s how they rode the waves their first time together. A long, slow, almost agonizing descent that shattered any experience he’d ever had before.

Action sequels, even romantic suspense ones, only have a short moment of introduction before it’s time to get everyone moving…and moving fast! Delta Force #2, Heart Strike, opens with the team from Delta #1, Target Engaged, mapping coca fields in Boliva.

They’re targeting them for massive defoliant drops from the CIA’s 747 tanker plane.

Trouble comes when command issues an order for the team to pull out ahead of schedule to pick up a new team member and a new assignment.

Thankfully, no one anywhere adapts faster to a changing situation than a team of Delta Force operators. 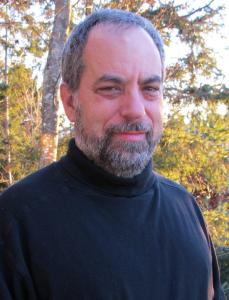 M. L. Buchman has over 35 novels and an ever-expanding flock of short stories in print. His military romantic suspense books have been named Barnes & Noble and NPR “Top 5 of the year,” Booklist “Top 10 of the Year,” and RT “Top 10 Romantic Suspense of the Year.” In addition to romantic suspense, he also writes contemporaries, thrillers, and fantasy and science fiction.

In among his career as a corporate project manager he has: rebuilt and single-handed a fifty-foot sailboat, both flown and jumped out of airplanes, designed and built two houses, and bicycled solo around the world.

He is now a full-time writer, living on the Oregon Coast with his beloved wife. He is constantly amazed at what you can do with a degree in Geophysics. You may keep up with his writing at http://www.mlbuchman.com.