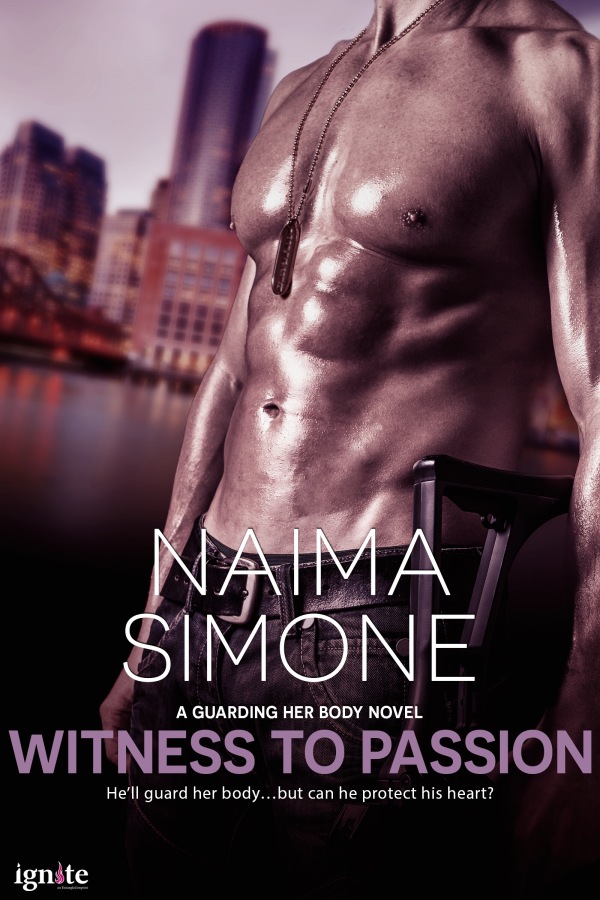 Under his protection and in his bed…

For Fallon Wayland, birthdays are just another reminder of her looming spinsterhood. This year is shaping up to be no different. Unfairly fired from her job, dumped by her boyfriend, and oh yes, witnessing the murder of a high ranking lieutenant in the local crime family… Yeah, birthdays suck.

Ever since a disastrous, hot-as-hell kiss years ago, soldier-turned-security specialist Shane Roarke has avoided his baby sister’s reckless—and gorgeous—best friend. Yet when her life is threatened after she witnesses a gang hit, he insists on protecting her…even if she objects.

The two are forced to hole up in a safe house. Alone. Passion long denied erupts between them, burning away their inhibitions. But even as layers—and clothes—are peeled away, danger closes in. Shane and Fallon might finally have a chance at love…if they survive long enough to see it.

“Dammit, Fallon, we don’t have time—”“One,” Fallon growled, slipping out of the booth. “My name is not Dammit Fallon or Goddammit Fallon. Two, I’m going to the police. I want to speak with them about Michaels, his escape, and hear their advice on where I should go from here. You can come with me or meet me there.”

A beat of silence. “I’m coming with you. No way am I letting you out of my sight,” Shane stated, voice flat. But a tic along his jaw betrayed the emotion hidden under the ice in his tone.

She spun around and headed for the kitchen. Ten minutes later, she returned to the dining area, and the man glaring at her from near the front door with a phone pressed to his ear.

“Yeah,” he said to the person on the other end. “We’re coming out.” Pause. “Police station first, then we’ll decide from there.” Another pause. “Copy that.” He ended his call, but the scowl remained firmly in place. “You ready?” he growled.

Silently, he held the door open, allowing her to step out of the restaurant. She sucked in a breath and held it as he pressed in close behind her. Damn. Too late. His scent—that unique combination of fresh wind, and skin—teased her nose, setting off a chain reaction of heat, heart palpitations, and flocks of birds in her stomach. She gritted her teeth against the Pavlovian response.

He shifted beside her, his strong, firm upper arm nudging her shoulder. His unblinking, sharp gaze scanned the street and sidewalks as he settled a hand on the small of her back and guided her to the blue BMW convertible parked around the corner. Relief poured through her like a cold drink of water on a hot day. As silly as it seemed, FiFi represented the only stability in her world. The only thing that hadn’t metamorphosed into something unrecognizable or scary.

“You have your key?” Shane didn’t glance down at herhis restless survey of their surroundings continuing.

“Yes.” She pointed her key fob at the car. Several feet away, the headlights blinked once, the horn beeping twice.

Shane’s words were swallowed by the huge, deafening boom from the end of the street. A fiery, blast knocked both of them off their feet. Twisting midair, he wrapped his arms and body around her. His back slammed to the concrete hard enough for him to groan in pain. But immediately, he rolled, covering her from head to toe from the heat searing the air around them.

Gone. Someone had bombed her beloved FiFi to hell and back.

She blinked, tears burning her eyes as hot as the flames licking at her car.

She frowned, the ringing in her ears loud and subsiding slowly.

“Are you okay?” Shane repeated, his voice urgent, harsh.

The cold reserve had disappeared, melted by the bomb and rage blazing in his eyes. Fury hardened his features, the sculpted cheekbones, angular jaw, and carnal curves of his mouth even more pronounced under his taut skin.

“Y-yes,” she stuttered. Then lifted her head and peered over his shoulder at the flaming heap that used to be her darling FiFi. She lowered her head, stared up at the sky, and let the tears fall.

“So where did you say your safe house was?”

Ignite Prize Pack including: 3 digital Ignite titles: Make Me Up by Avery Flynn, Fighting For Keeps by Seleste deLaney and His Last Redemption by Clarissa Yip. And a set of the Secrets and Sins series in print: Gabriel, Malachim, Raphael and Chayot (Intl winners will receive Ebook substitute)

Naima’s love of romance was first stirred by Johanna Lindsey and Linda Howard many years ago. Though her first attempt at writing a romance novel at 11 never saw the light of day, her love of romance and writing has endured. Now, she spends her time creating stories of unique men and women who experience the dizzying heights of passion and the tender heat of love. She is the wife to Superman – or his non-Kryptonian, less bullet proof equivalent – and mother to the most awesome kids ever. They all live in perfect, domestically-challenged bliss in the southern United States.