Gena Showalter is proud to share the cover for the 13th novel in her bestselling Lords of the Underworld series, THE DARKEST PROMISE! #LOTU

THE DARKEST PROMISE (Lords of the Underworld) by Gena Showalter 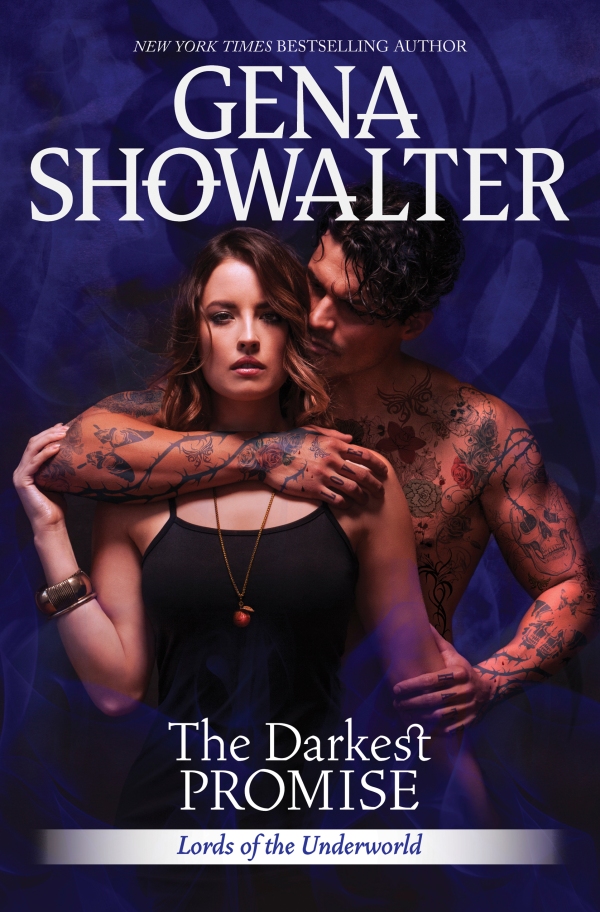 Possessed by the demon of Misery, Cameo isn’t allowed to experience joy. If she dares, her memory is wiped clean. With no other recourse, she sneaks into a land more fantastical than any fairy tale, determined to find the one man with the key to her redemption.

Lazarus the Cruel and Unusual rules his kingdom with a single unwavering focus: to build his army and annihilate his enemies. Nothing distracts him—until Cameo. He is relentless in his quest to make her smile…and seduce her into his bed.

As dark forces conspire against them, threatening to destroy the fragile bond they’ve forged, the once-calm Lazarus grows crazed. Every heart-stopping kiss and wicked touch causes Cameo to teeter on the brink of happiness. But if she falls, she risks forgetting him forever…

Add it to your Goodreads Now!