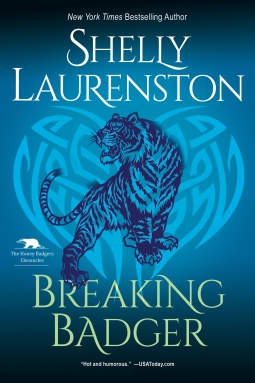 Fans of Thea Harrison and Nalini Singh won’t want to miss this exciting, funny, and sexy novel in the mega-popular series.

“Shelly Laurenston’s shifter books are full of oddball characters, strong females with attitude and dialogue that can have you laughing out loud.” —The Philadelphia Inquirer

It’s instinct that drives Finn Malone to rescue a bunch of hard battling honey badgers. The Siberian tiger shifter just can’t bear to see his fellow shifters harmed. But no way can Finn have a houseful of honey badgers when he also has two brothers with no patience. Things just go from bad to worse when the badgers rudely ejected from his home turn out to be the only ones who can help him solve a family tragedy. He’s just not sure he can even get back into the badgers’ good graces. Since badgers lack graces of any kind . . .

Mads knows her teammates aren’t about to forgive the cats that were so rude to them, but moody Finn isn’t so bad. And he’s cute! The badger part of her understands Finn’s burning need to avenge his father’s death—after all, vengeance is her favorite pastime. So Mads sets about helping Finn settle his family’s score, which has its perks, since she gets to avoid her own family drama. Besides, fighting side by side with Finn is her kind of fun—especially when she can get in a hot and heavy snuggle with her very own growling, eye-rolling, and utterly irresistible kitty-cat . . .

“Filled with high-octane action, some serious snark, and a plethora of humor.. the resulting madcap adventures are sure to please series fans.”
—Publishers Weekly

I enjoyed this wild ride of a story. Granted it had a lot of things going on with a lot of different point of views, but it was fun. Mads and Finn made an unlikely pair, which is a hallmark of this series, I think. The romance itself was more of an afterthought, building super slowly and only became physical once. I am not complaining about that as it was hot. I can’t really explain about the basic storyline of this installment as it had so many different things going on. I am guessing that this was to lead into backstories for future books. As with all Laurenston’s books, it is filled with a ton of snarky humor, wild and crazy action, and the camaraderie that comes from a tight knit group. I can’t wait to get this on audio…I love the banter. 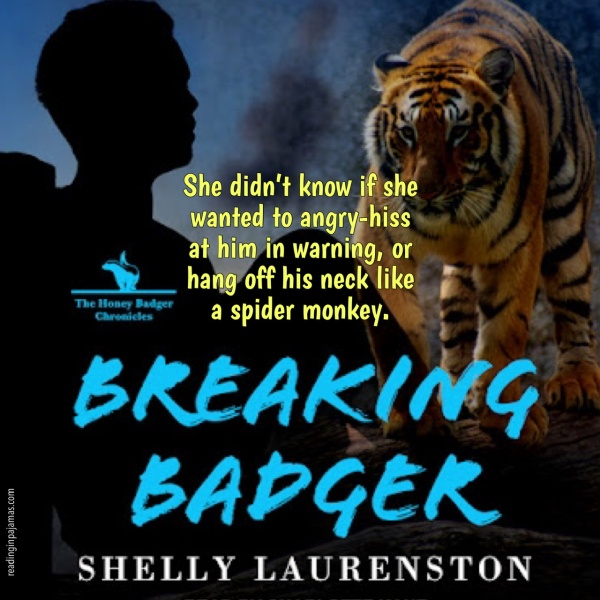 The Honey Badger Series is a spin-off of Shelly Laurenston’s Pride Series. Here’s the series link and a link to a blog post with some of our favorite quotes.

Originally from Long Island, New York, Shelly Laurenston has resigned herself to West Coast living, which involves healthy food, mostly sunny days, and lots of guys not wearing shirts when they really should. Shelly is also the New York Times bestselling author G.A. Aiken, creator of the Dragon Kin series. For more info about Shelly’s books go to www.shellylaurenston.com. Or to check out G.A.’s dangerously and arrogantly sexy dragons go to www.gaaiken.com