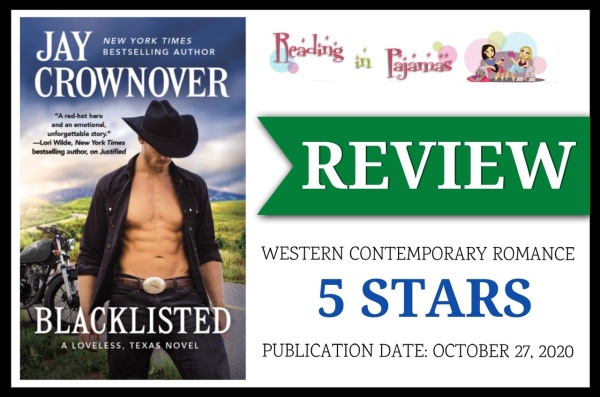 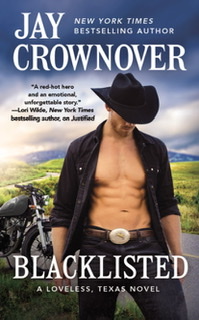 From the New York Times bestselling author of the Marked Men series comes an irresistible and suspenseful romance between a doctor who plays by the rules and the outlaw who breaks them in order to protect her.

Dr. Presley Baskin has always lived a quiet, calm life. Unfortunately, nothing about her life in Loveless, Texas — especially not the wild, rowdy, and impossibly close-knit Lawton family who’ve claimed her — is quiet or calm. Which is how loner Presley finds herself roped into patching up local bad boy Shot Caldwell against her better judgment. Presley wants nothing to do with the dangerous, brooding leader of the local outlaw motorcycle club. But when someone starts stalking her, Shot is the only person she trusts to help. Plus he owes her one . . .

Palmer ‘Shot’ Caldwell has always known his life isn’t made for relationships. At least until shy, secretive, Presley reluctantly pulled a bullet out of him. He’s oddly protective of the pretty doctor, so when she comes to him for help, hard-hearted Shot suddenly realizes there’s nothing he wouldn’t do to keep her safe.

I liked this installment in the Loveless, TX series. Shot’s reluctant attraction to Presley was fun to watch. He was the President of a local MC, but the club was just a sidebar to the story. I liked him. An alpha that wasn’t in-your-face about it, and new to feeling love in a realistic way. Presley was likeable as well. Even though she made some decisions that conflicted with her supposed intelligence, I understood her.

This book managed to give enough time to their budding relationship even though the danger was always near her. The suspense was intermingled with some dark and gritty moments, along with friends and family pulling together. Their romance moved at the perfect pace until it developed into a hot and sexy relationship. I will add that I was happy when they worked through a problem without the time-worn flouncing and accusations. Nicely done.

The author’s writing style appealed to me and kept me anxiously reading to see what would happen next. I look forward to more. 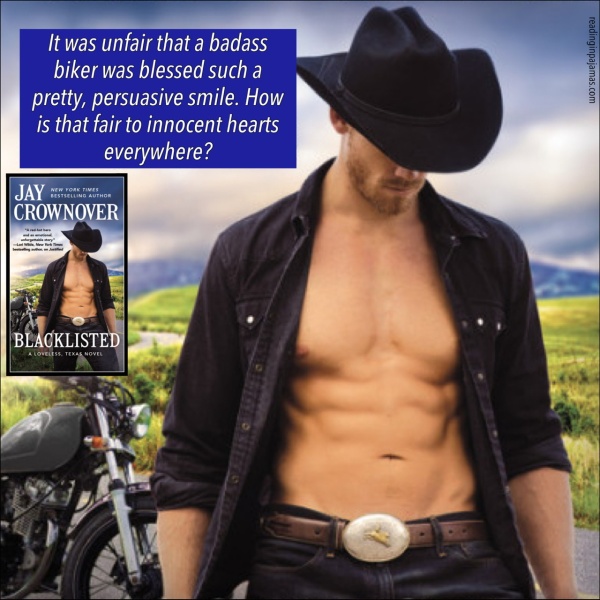 Jay Crownover is the New York Times and USA Today bestselling author of the Marked Men, The Point, and the Saints of Denver series. Like her characters, she is a big fan of tattoos. She loves music and wishes she could be a rock star, but since she has no aptitude for singing or instrument playing, she’ll settle for writing stories with interesting characters that make the reader feel something. She lives in Colorado with her three dogs.