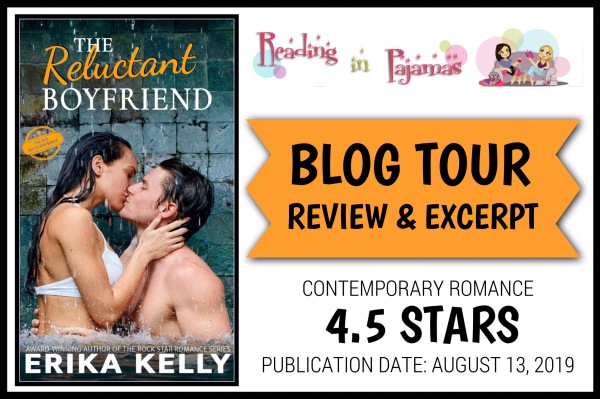 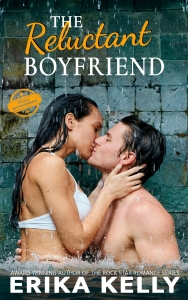 When Princess Rosalina discovers her fiancé cheating on her, she’s done being dutiful. Jumping on a plane, she lands five thousand miles away in a world of hot cowboys, jean skirts, and tequila. Grabbing her chance to fly under the radar, she plans on acting out every single fantasy she’s denied herself while trying to meet the expectations of her family and country.

Brodie Bowie doesn’t know what happened. One minute he’s wreaking havoc and tearing up the slopes with his brothers, and the next he’s an outsider. All of them are in serious relationships. He just can’t figure out why they’d put a ring on it when there’s so much fun to be had as a single man.

Brodie’s not the settling down type, but then he’s never met anyone like the woman who jumps in front of his bulldozer, refusing to let him dig up his meadow. The feisty chemist and perfumer is everything he never knew he wanted.

Except she only wants a summer fling before she goes back to her real life . . . as a princess.

He doesn’t fit in her world, and there’s no way she can live in his.

But a love like theirs doesn’t play by the rules.

“I thought you needed clothes so you could work? Like jeans and shirts.”

“I do.” She gestured to a stack of clothes folded on the chair. “But I love these summer dresses. They’re so pretty. I’m worried this one’s too bright, though.”

“Nope. It’s perfect. Now you just need a reason to wear it.”

“I have one.” She watched him carefully in the mirror. “I’m going on a date.”

“The guy I met at the bar the other night.”

Part of her checklist. Get freaky with a cowboy. “And he’s already asked you out?” Of course he did. She was beautiful and fun. Smart and sexy. What guy wouldn’t want to be with her?

She nodded. “What’s that expression for?”

He wouldn’t pretend with her, so he leaned in—real close. “He better be special, princess. That’s all I’m saying.”

“Sometimes, all it takes is a moment.” She faked a dreamy expression. “Sometimes, you look into someone’s eyes and you just know. He’s your one and only. Your soulmate.”

Okay, she was fucking with him. He straightened. “So, is Mr. Wonderful moving to St. Christophe to wear the crown or are you moving out here to work his ranch?”

She covered her mouth with a hand, her eyes comically wide. “You don’t mean…s-e-x, do you?”

“All right, smart ass. Get dressed. Let’s pay for all this crap and get out of here.”

“Wait. There’s one more thing I want you to look at.” She made a circling motion with her finger.

“And close your eyes for real this time. No looking at your phone.”

“Why? You gonna get nekkid?”

“Actually, yes, and I don’t want you to go crazy and start pawing at me.”

“I think I can control myself.”

“I don’t know. All I did was ask one for one little kiss, and you were all over me.”

He smiled. “Sure as fuck was. So don’t be asking me for any more kisses, unless you want what I’ve got to give.”

Brodie wanted to watch her strip out of that dress more than he could ever remember wanting anything. He wanted to see her tits pop out as she leaned forward to let the straps fall from around her neck, her ass sway as she lowered it over her hips, and her smooth skin bared in the soft light of the dressing room.

He wanted to see that shy smile and feel those bold fingers, wanted to feel her hips rock up and grind against his hard cock. How many minutes would it have taken before she’d gotten herself off last night? If he hadn’t walked out on her, she’d have come. He’d have gotten to watch her features go slack, her body seize in ecstasy.

Fuck, yeah. He wanted to see that.

Wanted to be the one to make her come.

He heard her moving around in the dressing room, the smack of elastic, and then it went quiet. “You ready?” he asked.

He turned around to find her in a black bikini. Two scraps of spandex covered her plump tits, and the bottom was a strip of fabric connecting two patches of fabric.

“How can I give you my opinion if I’m looking in your eyes?”

“Can you at least wipe the drool off your chin? It’s very unbecoming.”

“You going to wear that for the hot cowboy?”

“Yes. I thought I’d answer the door in it and pretend I just got back from the lake, tell him I’m running late. Good strategy?”

“Are you such a smart ass in St. Christophe?”

She got a panicked look. “Shh.”

“No one can hear us.” He flicked his fingers at the bikini. “You sure you need that thing?”

“Okay, I’m getting from all these questions that you like the way it looks. I don’t usually wear such…flimsy swimsuits. I just wanted to know if it looks all right.”

“You wear that, you’re going to wind up pregnant, and then what will your parents think?”She leaned close and whispered, “Then I’ll get the heir without the husband. Pure win.”

I loved Bowie and Rosie’s story! This was the last Bowie brother’s book and it did not disappoint. THE RELUCTANT BOYFRIEND is the fourth book in Erika Kelly’s Bad Boyfriend Series. Each book in the series features a Bowie brother and can be read as a stand-alone, but I recommend reading them in order to fully enjoy the series. THE RELUCTANT BOYFRIEND gave me all the feels and had everything I look for in a great love story. Erika Kelly always delivers a great story and creates relatable and likable characters. I always get drawn into her stories  and they never disappoint. I highly recommend this series for romance lovers. Erika Kelly is on my must read list.

One thought on “Blog Tour, Review & Excerpt: THE RELUCTANT BOYFRIEND by Erika Kelly”