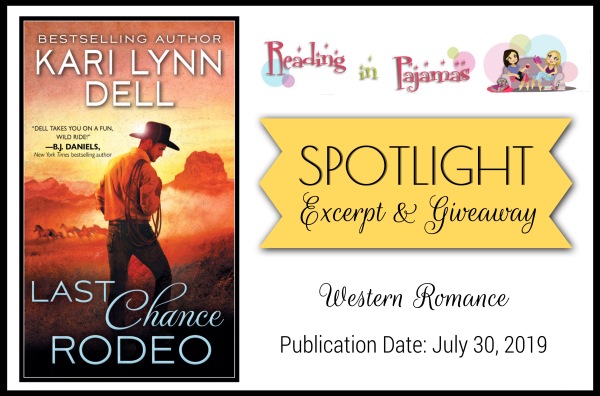 He came to Blackfeet Nation looking for his missing horse

And found the heart he’d lost along the way.

One thoughtless moment cost David Parsons everything—his irreplaceable horse, his rodeo career, and his fiancée. After four long years he’s finally tracked his horse to the Blackfeet Reservation and is ready to reclaim his pride.

It should be the happiest day of his life. But the troubled young boy who’s riding Muddy now has had more than his fair share of hard knocks, and his fierce guardian, Mary Steele, will do whatever it takes to make sure losing this horse isn’t the blow that levels him. David finds himself drawn to both woman and child, and is faced with a soul-wrenching dilemma: take his lost shot at rodeo glory…or claim what could be his last chance to make his shattered heart whole?

When David Parsons rode into the arena in Cody, Wyoming, he knew in his gut he’d ride out a winner. He was on that kind of roll. He’d drawn the right calf and, Lord knew, he was riding the right horse.

Muddy rooted his nose, pushing into the bit as David turned him around in the roping box. When David tugged on the reins, Muddy kicked up his hind feet, revving his engine like a drag racer burning his tires, a quirk he’d developed as a colt and never outgrown. Then he jammed his butt into the corner of the box, ears forward, every molecule of his body cocked and ready.

David kept a tight hold on the reins, his attention zeroing in on the calf. Head’s turned. Wait. Wait. Make sure he’s standing square. Let him take the first step.

The instant the calf looked forward, David nodded. The gate banged open. David’s rein hand barely twitched and Muddy exploded from the box, the start perfectly timed. The loop sliced through the night air. One, two, three swings, and throw. Zap! Clean around the calf’s neck. David felt the sizzle of the rope dragging through the hondo as he pulled his slack.

Muddy’s stop was like slamming into a brick wall on a motorcycle. Wham! Sixty to zero in a single stride. David swung out in the right stirrup and let the momentum launch him down the rope, so fast he was standing at the calf’s head as it spun around, still on its feet.

Muddy scrambled backward, pulling the calf into David’s lap. He flipped it onto its side, had the loop of his piggin’ string snugged tight around the front leg before the calf hit the ground. He scooped up the back legs, crossed them over the front, took one, two wraps and a half hitch, and threw up his hands to signal for time.

David hustled back to his horse, vaulted into the saddle and rode Muddy forward a few steps to put slack in the rope, adrenaline pounding through his veins as applause washed over them. Muddy bobbed his head, acknowledging the ovation.

A committee member caught David at the gate as he rode out. “We need you behind the bucking chutes for the television interview.”

“Give me a minute to tie my horse up.” He swung off and wove through a gauntlet of backslaps and congratulations to a spot along the fence behind. Muddy flattened his ears at the next horse in line.

“You’re not big enough to win that fight,” David said. He reached up to give Muddy a scratch for a job well done.

Muddy jerked his head away, pinning his ears again. David laughed. “Cranky little bastard. Good thing we don’t get paid for your personality. Or your looks.”

Muddy shot him a look that was the equine equivalent of a middle finger. David laughed again, flipped the reins around the fence rail, and patted Muddy on the butt as he left, just to annoy him.

When the interview was over, David made his escape into the milling crowd.

“Hey, hotshot!” a voice called. “You too cool to hang with us losers now?”

He looked over to see a trio of cowboys lounging against the fence and sipping beers. Losers. Hah. Between the three of them, they owned enough gold buckles to pave the road to Oz.

One waved an empty cup. “You’ve been takin’ my money all year, least you could do is buy an old man a brew.”

David hesitated, then angled over to join them. Muddy would be okay for a few more minutes. He fetched four fresh beers and took a deep draw off his while the others exchanged opinions and jibes, and David basked in the knowledge that he’d been accepted by this most exclusive club as, if not their equal, at least a worthy contender.

Then the arena lights went out and one of his companions drawled, “Oh goody. Fireworks.”

He moved as fast as the dim lights allowed. Dammit. It was the Fourth of July. How could he have forgotten the fireworks? Muddy went ballistic at the first sign of the big overhead boomers.

The grandstand had started to clear, and people strolled toward their cars, clogging David’s path. The first rocket burst overhead before he fought his way clear. He rounded the last turn and swore. The spot where Muddy had been tied was empty.

Eighteen hours later, David slumped onto the fender of his horse trailer. Exhaustion crashed down on him as he faced the awful truth. Muddy was gone, and he had no one to blame but himself. 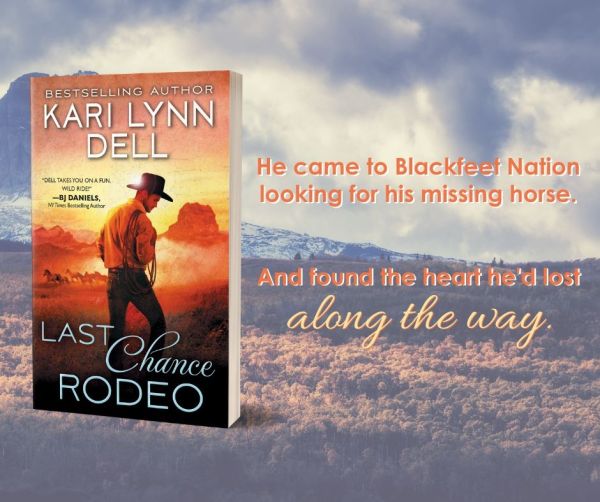 5 Copies of Fearless in Texas

Kari Lynn Dell is a ranch-raised Montana cowgirl who attended her first rodeo at two weeks old and has existed in a state of horse-induced poverty ever since. She lives on the Blackfeet Reservation in her parents’ bunkhouse along with her husband, her son, and Max the Cowdog, with a tipi on her lawn, Glacier National Park on her doorstep and Canada within spitting distance. Her debut novel, The Long Ride Home, was published in 2015. She also writes a ranch and rodeo humor column for several regional newspapers and a national agricultural publication.