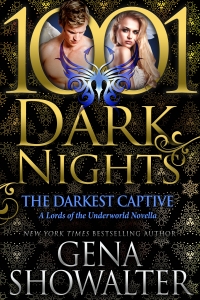 For centuries, Galen the Treacherous has been the most hated immortal in the Underworld. With good reason! This bad boy of bad boys has lied, stolen, cheated and killed with abandon. Possessed by the demons of Jealousy and False Hope, he has always lived for a single purpose: destroy everything.

Then he met her.

Former demon turned human femme fatale — Legion Honey — sought to kill Galen, but ended up parting with her virginity instead. Afraid of their sizzling connection, she ran away…and ended up trapped in hell, tortured and abused in the worst of ways. Now she’s free, and a shell of herself, afraid of her own shadow.

Galen’s hunger for Legion has only grown. Now the warrior with nothing to lose must help her rekindle the fire that once burned inside her. But as desires blaze white-hot, will Legion run again? Or will the unlikely pair succumb to love at long last?

Today, she wore a plain white T-shirt and nothing else.
For a moment, his thoughts derailed. Look at those bronzed, mile-long legs, ready to wrap around my waist. Or my shoulders.
“Are you hungry? You must be hungry,” he said. He wanted to watch her eat again. And yeah, okay, staring at someone as they savored a meal was probably creep-city, but Leila was his addiction, the sickness in his blood, and there was no cure. Symptoms included:
Acute swelling in the groin—Check.
Night and day sweats—Check.
Total lack of concentration—Check.
“I’m not hungry,” she said, and sniffled.
Sniffled? He forced his gaze back up her body, only to curse. Red rimmed her eyes, and tears glistened on her cheeks. Clench. He cupped her jaw and demanded, “What’s wrong?”
“Everything! You’ve been so good to me, but now our test drive month is over. You probably want to sleep with me just so you can be done with me and and and—”
Not knowing what else to do, he pressed a swift kiss to her lips. She gasped, the pulse at the base of her throat hammering.
Could the month’s end be the reason for his foreboding? “Do you want to know my favorite day in all the eons of my life? The day you doctored me. And the day after that, when you smiled at me. And the day after that, just because you were at my side. I wouldn’t change anything that’s happened between us—except asking for more than a month of your time.”
Her eyes widened. “Really?”
Nod. “How about we extend the test drive another month?”
“Yes. Absolutely.” She leaned against him, resting her cheek against his pec. An intimate pose, one she’d instigated. “You are becoming my favorite part of every day, too.”
The rightness of her words…the fit of her body against his… He nearly howled with triumph. Steady. Moving slowly, languidly, as if he hadn’t a care, he wrapped his arms around her. She offered no protests, and didn’t tense, so he took things a step further and ran his fingers through her silken curls.
Sighing, she cuddled closer.
The scent of wildflowers ignited little fires inside him. “Get changed and meet me in the gym,” he said, kissing her temple. “I’m going to give you a self-defense lesson.” And put my hands all over your delectable body.
“That would be amazing.” With a squeal of happiness, she leaped up to kiss his cheek. Then she backtracked and shut the door in his face, leaving him shocked to his core.
How easily she’d just touched him. How easily she’d offered affection. So different from the frightened girl he’d found in that cabin. 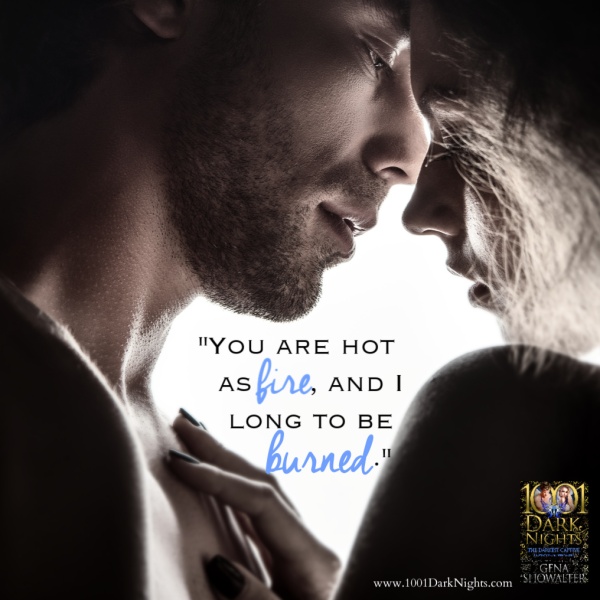 Galen and Legion ended up being perfect for each other. I loved their story! It was sexy, fun, emotional and passionate. Galen has been the villain throughout the series, but he grew on me some in this novella and I enjoyed his interactions with the Lords. I recommend reading the series in order to fully enjoy the series storyline. I highly recommend this series for paranormal romance lovers. Gena Showalter is one of the Queens of paranormal romance and always delivers a great story.

One thought on “Blog Tour, Review & Excerpt: THE DARKEST CAPTIVE (Lords of the Underworld Novella) by Gena Showalter”