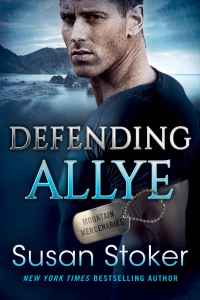 Ever since his rescue op off the Pacific Coast, Mountain Mercenary Gray Rogers hasn’t been able to forget his latest “job”—Allye Martin. Any other woman would have panicked during a rescue, but the wily dancer kept her cool—even after being kidnapped by an elusive human trafficker. And Gray couldn’t be happier when a grateful Allye follows him home to Colorado Springs…

For Allye, finding sanctuary in the arms—and bed—of the former Navy SEAL is only temporary. People are disappearing off the streets of San Francisco, victims of the same underground trade that targeted her, and Allye could be the key to dismantling the entire operation. She’s willing to do anything to bring them down. Gray isn’t—for good reason. But you don’t say no to a tough girl like Allye who refuses to play it safe.

Now Gray is risking more than ever before. The Mountain Mercenaries have his back. But is it enough to keep the woman he loves out of harm’s way?

I liked this hot and sexy romance between Allye and Gray. He was all alpha to a sparky, Allye. Both are likeable from the beginning, even though the terrifying action began on page one as well.  It kept me tense and hot-and-bothered through the whole book. The sadistic and horrible actions of the human trafficker were a little too much for me, but I know that some readers are not bothered by that. I for one will be sleeping with the light on. The Mountain Mercenary Team are intriguing and had great interaction. I can’t wait to read the next one. If you like a sizzling-hot romance mixed with pulse-pumping action, this one is it. 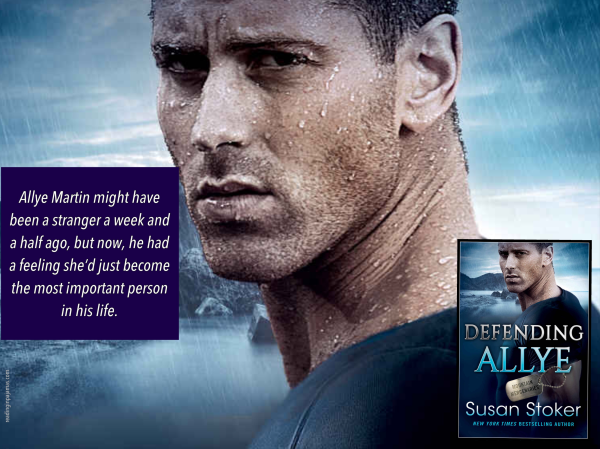 If you have Kindle Unlimited you can borrow this series for Free!

New York Times, USA Today, and Wall Street Journal Bestselling Author, Susan Stoker has a heart as big as the state of Texas where she lives, but this all American girl has also spent the last fourteen years living in Missouri, California, Colorado, and Indiana. She’s married to a retired Army man who now gets to follow her around the country.

She debuted her first series in 2014 and quickly followed that up with the SEAL of Protection Series, which solidified her love of writing and creating stories readers can get lost in.