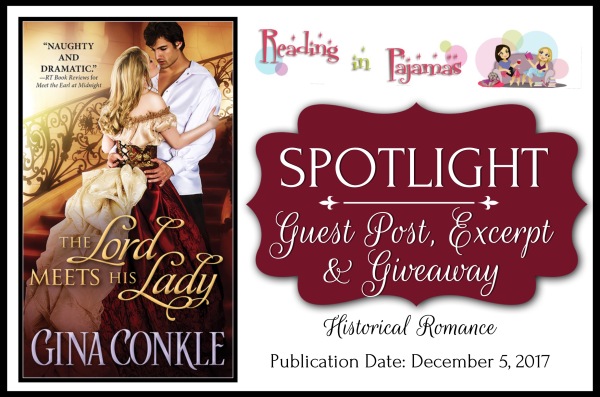 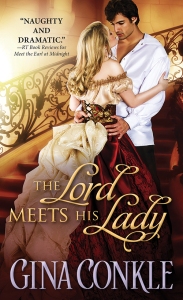 Lord Marcus Bowles has stained his family’s reputation for the last time. Only after spending a scandal-free year restoring some far-flung property can this second son return in good graces. But Marcus isn’t one to abandon a lone damsel on a dark country lane.

One stolen kiss and Genevieve Turner’s handsome midnight savior disappears. Typical. No matter, Gen is finally on the way to her new post, and hopefully to finding her grandmother as well. Instead she finds her mischievous hero is her new employer. Surely a few more kisses won’t hurt…

Lord Bowles set one hand on the dark-stained oak and pushed, all the while watching her with gentle determination as she rose awkwardly from the floor. Iron hinges whined a lethargic turn before the door clicked shut on honking fowl. The entry dimmed but was no less luminous for the unexpected sparks between them. Lord Bowles was a dose of good French brandy at the wrong time of day, enticing but entirely unsuitable.
“Do I make you nervous?” he asked.
His lordship missed nothing. He was like a thief-taker digging for the truth. In their two meetings, he’d shown more substance than the aimless wastrel people claimed him to be. For the first time since she left London, she missed the clamor and the crowds. This quiet between her and Lord Bowles, it denuded her.
“Nervous? A little.” Her attention flittered over him. “The part of me that finds you handsome. Too handsome for your own good.”
He blinked, his lips parting. Well-shod feet shifted and another beat of stillness passed. Did she surprise him? Good. Unease melted off her back from satisfaction of his lordship being the one off center. Served him right for coming here like this.
She wiped dough-flecked hands in her apron as though she had all the time in the world. “And since I’m being forthright, milord, I wanted some time to myself. You don’t get much of that living above The Golden Goose.”
“No, I suppose not.”
With his wind-mussed queue and rumpled brown velvet coat, Lord Bowles could be any man awaiting acceptance of a social call. He was a dangerous flirt with genuine, friendly appeal, endearing qualities that played havoc with her resolve, but she would be firm.
Her head tipped at an open doorway off the entry. “The parlor is that way, milord. I’ll fetch some coffee for you.”
She headed to the kitchen, her skin prickling across her bottom and thighs. Lord Bowles watched her. Ambling footsteps sounded in the small dining room behind her. He wasn’t going to be a docile guest.
Did his lordship think he’d found a convenient light skirt?
Crossing the kitchen, she tensed, expecting footfalls to follow her on the flagstone floor. A knee to a man’s baubles sent a clear message to overzealous men at The Golden Goose. With her employer’s friend, she’d have to use different tactics.
At the hearth, she checked the roast in the cooking hastener, but no footsteps came, nor did a hand palm her bottom. One glance at the kitchen showed Lord Bowles lounging in the doorway, one hand resting in his coat pocket. The corners of his mouth curled up as if he read women all the time and knew their secrets.
“Thought I’d wait here, save you the trip to the parlor with my coffee.”
“Because I’m of delicate constitution?” She reached for the spindle jack hanging from a rafter above the hearth.
“No, because I like watching you.”
Her cheeks warmed and her nipples poked her stays. “Lord Bowles…” she began sternly.
“I know,” he said smiling shamelessly. “I’m being inappropriate with my friend’s housekeeper. Can we agree to talk freely when we’re alone? I’ll curb myself when others are around.”
“I can’t lose this position, milord.” She started winding the spindle jack, a slow and noisy effort. Her breasts jostled and the flush spread down her neck and chest. There was no denying, it was nice being the object of his improper interest.
The Beckworth kitchen was bright with limestone walls and a cheery, yellow cabinet, not a typical haunt for the likes of Lord Bowles. He’d seek amusement elsewhere. With turnips on the table and bread rising in a bowl, his boredom with this rustic kitchen was her best weapon.
“There is a point to my visit,” he said loudly. “I come bearing an offer of help.”
“Help? With what?” she asked above the cranking cogs.
Lord Bowles stepped cautiously down into the kitchen. “I’d rather have a decent conversation with you than yell across the room.” He gestured to the long pine table near the hearth. “May I have a seat? I promise to behave. We’ll have a table between us.”
Her arm burned from working against the spindle’s tension and the heavy roast by her knees. She was about to give him a set down, but she spied that silly hole in his stocking and softened.
“No flirting, milord.”
He smiled boldly. “On my honor, none. We’ll be solemn as clergymen.”
“Clergymen,” she huffed and blew a wayward wisp off her face. “A few minutes. No more.”
He crossed the kitchen and took a seat at the table. She cranked harder. The string was nearly wound around the pulley.
“What is this offer of yours?”

The Georgian era was a fascinating shift from pastoral to urban living. The economic boom brought scientific advances. Much of the populace elevated themselves to a better place in life—especially the merchant class. Entertainments abounded. Life’s little luxuries were affordable. People enjoyed a diversity of products pouring into London on a regular basis.

In researching the Midnight Meetings series, I came across many surprises. You could call this list 5 things for an interesting life in London:

Design books weren’t new, but Chippendale’s approach was revolutionary. He presented the furniture as part of interior design: think presenting whole sets for a drawing room rather than an individual piece on a page. Chippendale hired men to make furniture for him, but his book not only changed ensemble decorating, it fostered a Do-It-Yourself approach to fine furniture-making. Humble gentry purchased Chippendale’s books and crafted their own fine furniture (such as my character, Mr. Samuel Beckworth in The Lord Meets His Lady).

The resourceful woman created her own future. The nobility watched over their daughters lest those young women go astray, but other classes of London enjoyed a kind of bare-knuckle freedom. Life was harsh on the fair-sex. Yet, many women refused to be victims of the times. Some forged a good life in commerce. Publisher Elizabeth Nutt is one such example. She ran a cluster of shops near the Royal Exchange where she sold respectable publications.  She was also listed as “Mercury Woman”, a printer of seditious and sometimes salacious material on Grubb Street. She ran the business with her daughters.

London, no matter the era, was and is a place of opportunity for those who seek adventure on its streets. ~Gina

5 Copies of THE LORD MEETS HIS LADY

Gina Conkle writes sensual Georgian romance and lush Viking romance. Her books offer a fresh, addictive spin on the genre, with the witty banter and sexual tension that readers crave. She grew up in southern California and despite all that sunshine, Gina loves books over beaches and stone castles over sand castles. Now she lives in Michigan with her favorite alpha male, Brian, and their two sons where she’s known to occasionally garden and cook.