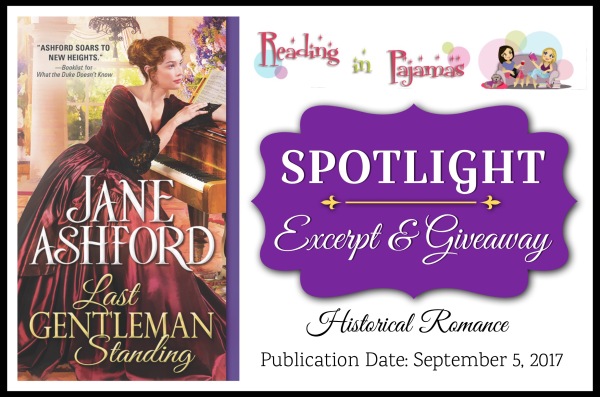 Miss Elisabeth Elham is an unlikely heiress. She never knew the curmudgeonly uncle who died suddenly and left her a fortune. She’s proud, outspoken and independent—a definite challenge for London’s fortune hunting suitors.

As various determined gentlemen vie for her attention at balls, routs, picnics and parties, Elisabeth finds herself embroiled with a charming rake, a mysterious nabob, and an elegant neighbor. This would all be great fun, if only she wasn’t so fascinated by the one man in London who’s not trying to woo her…

Rediscover this classic Regency romance! Originally titled Bluestocking, this classic story has been unavailable for over 25 years and is now returning from the vault!

After enjoying this classic romance, dive into Jane Ashford’s current series, The Dukes Sons! Enter to win a copy of Heir to the Duke by Jane Ashford