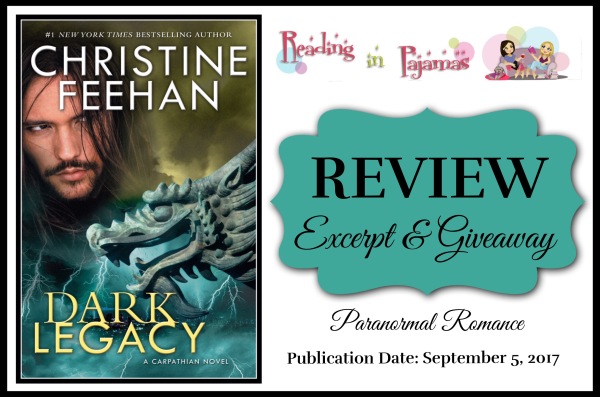 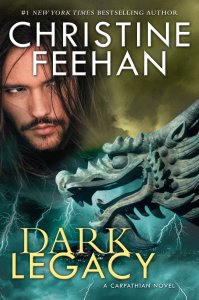 In a thrilling Carpathian novel from #1 New York Times bestselling author Christine Feehan, a woman fights to free herself from the grip of the vampire trying to possess her…

In a beautiful compound hidden away from the world, Emeline Sanchez tries to blunt the pain that has wracked her body ever since her terrifying ordeal in the labyrinth beneath the city—when she was forced to exchange blood with an evil master vampire.

Now, it’s his voice that haunts her…that calls to her in the dark…that never lets her rest. And while the children that she helped to free from his clutches struggle to heal, watched over by their Carpathian protectors, Emeline knows one thing: she must sacrifice herself to keep them all from harm…

For her beauty is irresistible to the vampires, her psychic ability like a drug. Whipped into a frenzy, they’ll never stop coming for her. And only the taste of one Carpathian warrior—the rush of his blood—can save her…

Series Overview: The #1 New York Times bestselling series set in the dark shadows of the Carpathian mountains where wild, exotic, and dangerous passions define the nature of lifemates and true love. 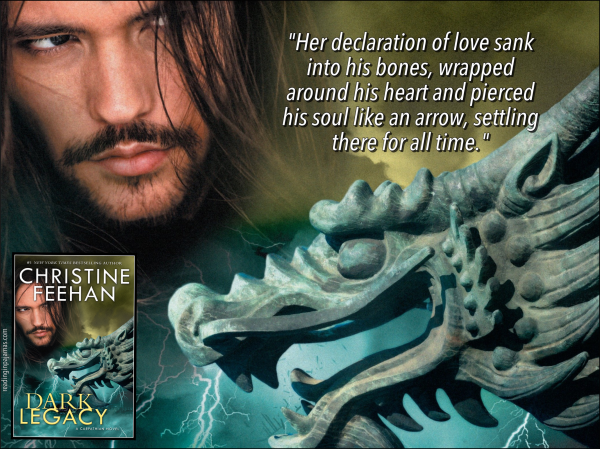 This addition to the series carried on with the ongoing story of the rescued children and their caregivers. The romance was of course, hot – and the threatening danger started on page one. All that said, it was not a favorite Carpathian novel of mine, other than it moved the story along. It seemed to have a lot of the same things happening over and over. Different people, but repetitive actions that became boring. Dragomir and Emeline were nothing memorable either. I had hoped for something new to keep the Carpathian world exciting. I did enjoy it, just not near as much as the earlier ones.

This had been her worst nightmare, the dream occurring over and over for the last month. Emeline knew she shouldn’t run to her house. If she did, the Carpathian known as Dragomir would die. He always died saving her. She’d tried to avoid this destiny. She’d made certain not to meet him, never to speak to him, yet here she was, forced to make a split-second decision. If she didn’t make it to her house, Vadim would have her again and there would be no stopping him.
“Don’t follow,” she pleaded, rushing up her steps. She knew Dragomir would. He was one step behind Vadim. She knew coming after Dragomir was Vadim’s army of horrible creatures. Vadim had already weakened her, taking her blood. Her neck burned, a fierce, intolerable pain that spread through her like wildfire.
Vadim waved his hand and her door stuck as she tried to jerk it open. She turned to face him, despair moving through her. Despair. Sorrow. Fear—although she was almost beyond fear. Back to the door, she slid down until her bottom hit the porch, knees up. She already knew exactly how the scenario would play out. Dragomir was on the stairs, and Vadim swung around to face him.
Emeline forced herself to look at the ancient warrior. He was the opposite of everything Vadim was. Roped muscles, scars, waist-length salt-and-pepper hair. He looked rugged. Tough. Scary. He had tattoos drifting up his neck so he looked a little like a modern-day outlaw biker. Vadim, despite his head being blown off repeatedly, always managed to restore his flawless, model looks. At first glance, one would be terrified of Dragomir, not Vadim, and that would be a very big mistake.
Her breath caught in her throat as Dragomir continued right up the stairs toward Vadim. She wanted to close her eyes, but she couldn’t. She’d witnessed his death over and over in her nightmare. She always woke up when he went down and she never saw the outcome, only that he sacrificed his life for hers. She felt the least she could do was watch. More—this time, she planned to aid him.
Her hand dropped to the pocket of the long dress she wore. Once before, after continually trying new things in her dreams, she’d changed the outcome of the future. She was determined to do the same this time, or die trying. Time slowed down. Just as she knew it would, the air exploded with more vampires, and as they appeared, the Carpathian hunters joined in the fight. 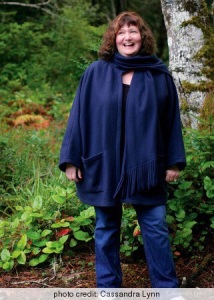