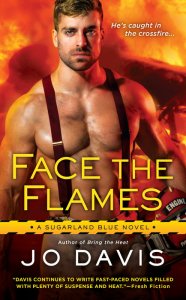 The author of Bring the Heat returns to Sugarland, where a firefighter from Station Five will face the dangers in risking his heart…

A near-fatal accident left firefighter/paramedic Clay Montana with devastating injuries. Now, after a year-long recovery, Clay is focused on one thing: getting his body back to form, so he can return to the job he loves. And then a chance meeting with a fiery redhead changes his life…

Detective Melissa Ryan may be the new cop on the block, but she’s no stranger to Sugarland. It’s where she lived with her violent, criminal uncle—a man she needs to see behind bars. But when she meets Clay at a crime scene, the down-but-far-from-out firefighter makes her rethink her priorities.

Getting close to Clay is intoxicating, but Melissa must keep her wits about her if she’s to protect them from a man with deadly intentions…

I love the Sugarland Blue series, who doesn’t like hot first responders, and Clay is no exception. He had a realistic quality that I found quite endearing and only made him sexier. Melissa was also very likeable, so that I cared what happened to her right off. The story was sexy and full of constant danger. My only complaint would be that some of the situations were rather improbable and a few times, unnecessary. That being said, it was a fun, quick read that has me looking forward to the next installment. 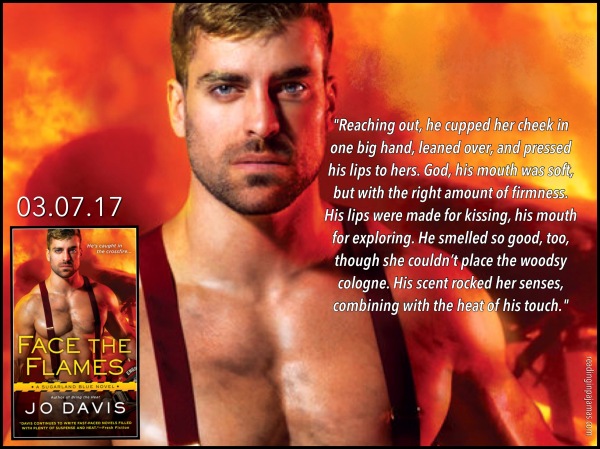 National Bestselling author Jo Davis is best known for her popular Firefighters of Station Five series written as Jo Davis, and her dark, sexy paranormal series Alpha Pack, written as J.D. Tyler. PRIMAL LAW, the first book in her Alpha Pack series, is the winner of the National Reader’s Choice Award in Paranormal. She’s also been a multiple finalist in the Colorado Romance Writers Award of Excellence, a finalist for the Bookseller’s Best Award, has captured the HOLT Medallion Award of Merit, and has been a two-time nominee for the Australian Romance Readers Award in romantic suspense.