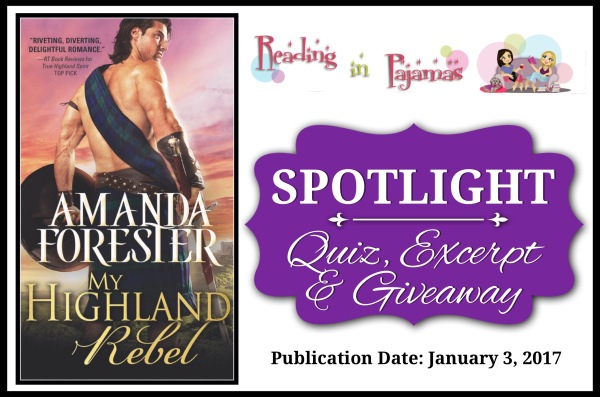 Cormac Maclean would rather read than rampage, but his fearsome warlord father demands that he prove himself in war. Cormac chooses what he thinks is an easy target, only to encounter a fiery Highland lass leading a doomed rebellion and swearing revenge on him.

Jyne Cambell is not about to give up her castle without a fight, even though her forces are far outnumbered. She’s proud, hot-blooded and hot-tempered, and Cormac falls for her hard. 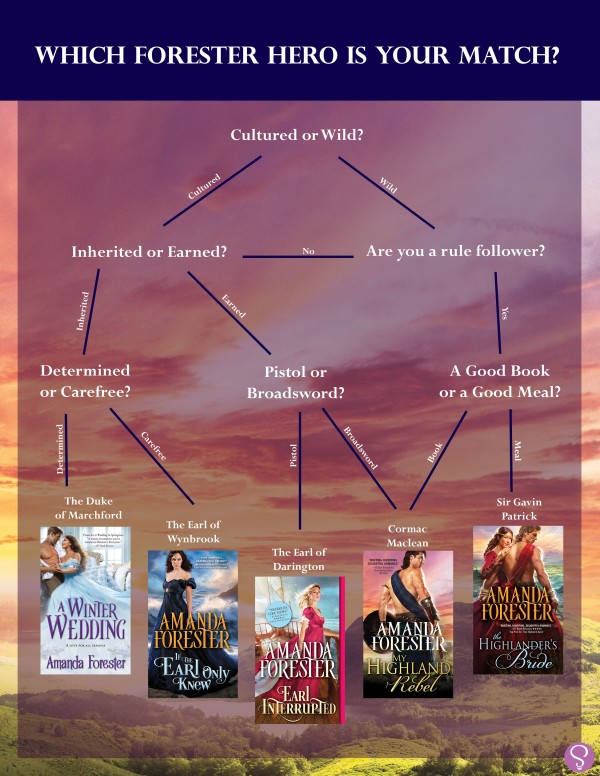 Amanda Forester holds a PhD in psychology and worked many years in academia before discovering that writing historical romance was way more fun. A Publishers Weekly Top Ten author, her books have been given starred reviews from Booklist, Publishers Weekly, and a Top Pick from RT Book Reviews. Whether in the rugged Highlands of medieval Scotland or the decadent ballrooms of Regency England, her novels offer fast-paced adventures filled with wit, intrigue, and romance. She lives with her family in the Pacific Northwest outside Tacoma, Washington.