Hot military heroes, the women who love them, and the dogs who always have their backs. ABSOLUTE TRUST is the third book in a high-adrenaline romantic suspense series from Piper J. Drake.

LOVE IS THE GREATEST RISK OF ALL

After multiple tours of duty, Brandon Forte returns to his hometown on a personal mission: to open a facility for military service dogs like Haydn, a German shepherd who’s seen his share of combat and loss. It also brings him back to Sophie Kim, a beacon of light in his life . . . and the one woman he can’t have. But Forte’s success means he’s made enemies in high places. Enemies who are now after Sophie . . .

When Forte enlisted and left without saying goodbye, Sophie did her best to move on. But with her first love back in town, looking sexier than ever, she’s constantly reminded of what they could have had. Then after he risks himself for her, Sophie realizes she’ll have to put her life in the hands of the man who broke her heart, knowing the danger—and the sparks between them—could consume them both. 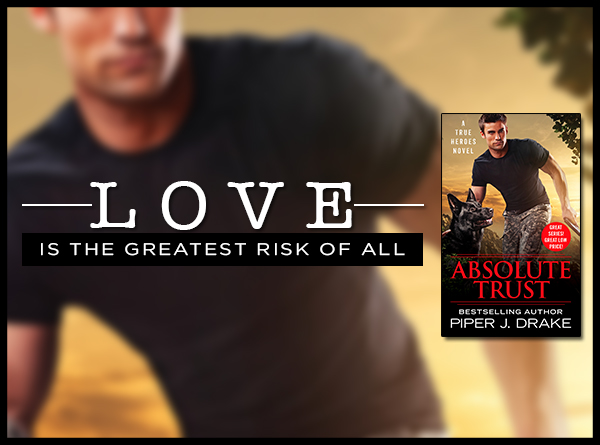 What a fun wild ride with Brandon and Sophie. The story was fast paced and exciting, while still leaving plenty of time for them to rekindle their old relationship. I liked them both even though they each did or felt something hairbrained. Brandon held on to something said to him in his teens, when he should have let that go now that he was an adult. Then Sophie was too blasé after something that happened. Those two things made me pause. It did not detract from the story though. Sexy, scary and a real page-turner. 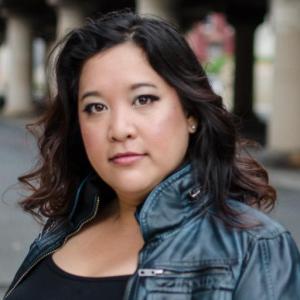 Piper J. Drake (or “PJ”) spent her childhood pretending to study for the SATs by reading every interesting novel she could find at the library. After being introduced to the wonderful world of romance by her best friend, she dove into the genre. PJ began her writing career as PJ Schnyder, writing sci-fi & paranormal romance and steampunk, for which she won the FF&P PRISM award as well as the NJRW Golden Leaf award and Parsec award. PJ’s romantic suspense novels incorporate her interests in mixed martial arts and the military. The True Heroes series is inspired by her experience rescuing, owning and training a variety of retired working dogs, including Kaiser, a former guard dog, and Mozart, who was trained to detect explosives.