Stacked Up: Worth the Fight Series by Sidney Halston

Opposites attract in this seductive novel from the author of Against the Cage (“Funny, steamy, scorching.”—Toni Aleo), with a chiseled MMA fighter falling for a single mom who could use a real man in her corner.

Working two jobs to support her infant daughter is harder than anything Penny Richards has ever done, but it sure beats living under the rules of her stepfather, a television preacher who demands a picture-perfect family. And if Penny hadn’t struck out on her own, she never would have met Travis Calhoun. The intensely physical heavyweight brawler has a way of drawing out her wild side. But Travis lives fast, with no responsibilities—and that just isn’t for Penny.

Most of the women in Travis’s circle wear tight clothes, high heels, and tons of makeup—not pearls or plaid headbands. But once he works past Penny’s inhibitions, Travis discovers a kindred spirit who longs to trust someone with her body, and her secrets. Still, Travis can’t help but wonder if this rich girl is just slumming it before she returns to her privileged life. Now it’s up to Penny to prove that she wants her hard-edged, hard-loving fighter just the way he is.

If there was one thing Travis knew with absolute certainty, it was that there wasn’t a single female on God’s green earth that could look more out of place in a strip club than Penny Richards. Her curly brown hair was held back with a headband thing that reminded him of a private school girl, and not the sexy ones he fantasized about. More like the pretty, yet awkward and out of place stuffy ones. She had black straight-legged pants and flats that looked completely practical and not at all sexy.
Even Ruby’s suggestive t-shirt looked unassuming on her. Maybe it was those damn pearls she rubbed when she was nervous. He was used to showy women with tight clothes, high heels, heavy make-up and poofy hair. Women that valued their own self-worth by the reactions they received from men. Men such as himself.
And, if any man in the place knew that her mouth was as fucking unexpected as a typhoon in Ohio, they’d be all over her. He hadn’t been exaggerating when he’d said it was the best kiss of his life, her kiss had been slow and sweet and quickly erupted into maddening need and desire.
The problem was that since he’d first laid eyes on Penny, something had clicked. He wasn’t sure what it was, but something had shifted inside of him. Something he wasn’t sure could be put back together to its original state. Maybe it was those big brown doe-like eyes that said everything but nothing all at the same time. Her naiveté, her awkwardness, her big easy smile that hid something he couldn’t seem to figure out.
He’d always thought it was strange that his friends had fallen head over ass in love with their girlfriends and never again saw another woman. The way they wanted to possess and protect their women had been incomprehensible to him.
Until he’d met Penny.

Don’t miss ANY of the Worth the Fight titles

(a $25 Amazon Gift Card and a Loveswept Mug) 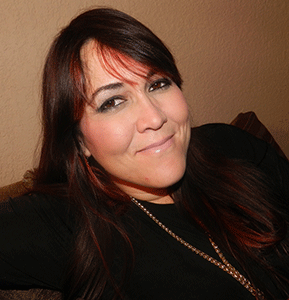 USA Today bestselling author, Sidney Halston lives her life with one simple rule: “Just Do It”–Nike. And that’s exactly what she did.

After working hard as an attorney, Sidney picked up a pen for the first time at thirty years old to begin her dream of writing. Having never written anything other than very exciting legal briefs, she found an outlet for her imaginative, romantic side and wrote Seeing Red. That first pen stroke sealed the deal, and she fell in love with writing. Sidney lives in South Florida with her husband and children. She loves her family above all else, and reading follows a close second. When she’s not writing, you can find her reading and reading and reading. She’s a reader first and a writer second. When she’s not writing or reading, her life is complete and utter chaos, trying to balance family life with work and writing (and reading). But she wouldn’t have it any other way.

One thought on “Blog Tour, Excerpt & Giveaway: Stacked Up: Worth the Fight Series by Sidney Halston”