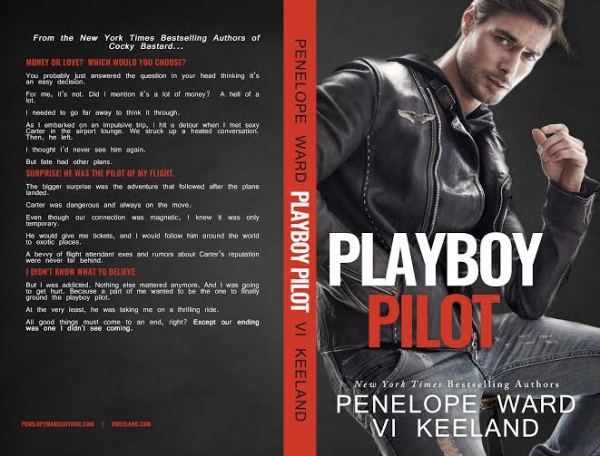 Add Playboy Pilot to your TBR list on Goodreads!
https://www.goodreads.com/book/show/29533192-playboy-pilot 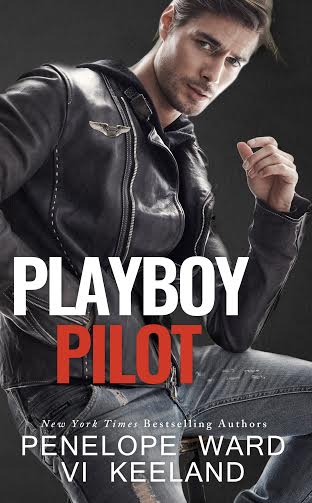 Money or love? Which would you choose?

You probably just answered the question in your head thinking it’s an easy decision.

I needed to go far away to think it through.

As I embarked on an impulsive trip, I hit a detour when I met sexy Carter in the airport lounge. We struck up a heated conversation.

But fate had other plans.

Surprise! He was the pilot of my flight.

The bigger surprise was the adventure that followed after the plane landed.

Carter was dangerous and always on the move.

Even though our connection was magnetic, I knew it was only temporary.

He would give me tickets, and I would follow him around the world to exotic places.

A bevvy of flight attendant exes and rumors about Carter’s reputation were never far behind.

I didn’t know what to believe.

But I was addicted. Nothing else mattered anymore. And I was going to get hurt. Because a part of me wanted to be the one to finally ground the playboy pilot.

At the very least, he was taking me on a thrilling ride.

All good things must come to an end, right?

Except our ending was one I didn’t see coming.

Vi Keeland is a native New Yorker with three children that occupy most of her free time, which she complains about often, but wouldn’t change for the world. She is a bookworm and has been known to read her kindle at stop lights, while styling her hair, cleaning, walking, during sporting events, and frequently while pretending to work. She is a boring attorney by day, and an exciting smut author by night!
Social Media Links: Website | Facebook | Twitter | Instagram | Goodreads | Pinterest

Penelope Ward is a New York Times, USA Today and Wall Street Journal Bestselling author. She grew up in Boston with five older brothers and spent most of her twenties as a television news anchor, before switching to a more family-friendly career. She is the proud mother of a beautiful 10-year-old girl with autism and a 9-year-old boy. Penelope and her family reside in Rhode Island.