A Guardians of the Realms Novel

Drake, the powerful dragon and leader of the Guardians, has spent his long life protecting all inhabitants of the four Realms, but fails to save the one who matters most. His mate. In the month since finding her feral, he’s been slowly losing control of his beast and soon he fears the dragon will reign free unleashing it’s fury upon the Realms.

Delia has changed. No longer a carefree young woman, she is now a nightmare in the making. After her abduction and torture she unwillingly houses two beasts and more power than she can ever contain on her own. She can never be released. Nor can she have the male who gives her any semblance of sanity in her new world, the one she craves more than her own freedom.

With unknown enemies on the horizon and yet another God awakened will they lose themselves in the madness of an impossible mating? Or will they come together in searing ecstasy, bonding them in a way that sets them both free?

I thoroughly enjoyed this super-hot addition to the Guardians of the Realms and I’m not just talking about the phoenix or fire-breathing dragons. This book did start a little slow for me because of Delia’s issues blocking her mating with Drake but Nastia and Sander shoved those thoughts right out of my head as did all the action going on. I loved the added dimension given to the ongoing story and the new dangerous excitement it brings. Normally I don’t like new angles in an already full playing field but this worked great and has me panting for the next book. 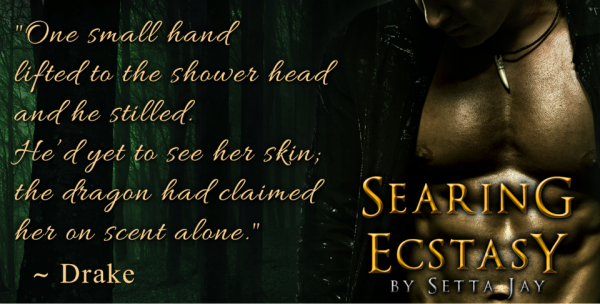 Stop by our Facebook page Friday (10/30) for a chance to win signed paperback copies of the series! 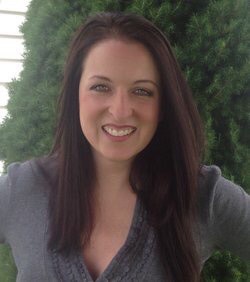 Setta Jay is the author of the popular Guardians of the Realms Series. She’s garnered attention and rave reviews in the paranormal romance world for writing smart, slightly innocent heroines and intense alpha males. She loves writing stories that incorporate a strong plot with a heavy dose of heat. Her influences include Judith McNaught who she feels writes a smart heroine to perfection, Gena Showalter, Maya Banks and Lora Leigh. You can often find her writing compared to JR Ward, but if you are a fan of the Black Dagger Brotherhood be warned that Setta Jay’s novels are more erotic in nature.

Born a California girl, she currently resides in Idaho with her husband of ten plus years who she describes as incredibly sexy and supportive.

She loves to hear from readers so feel free to ask her questions on social media or send her an email, she will happily reply. 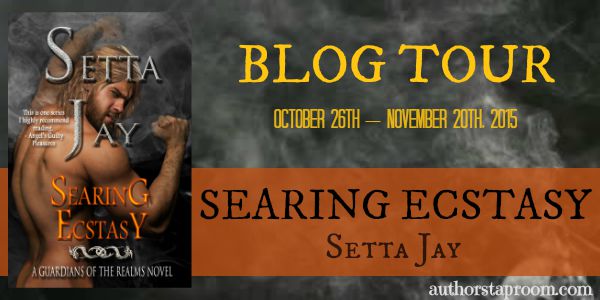