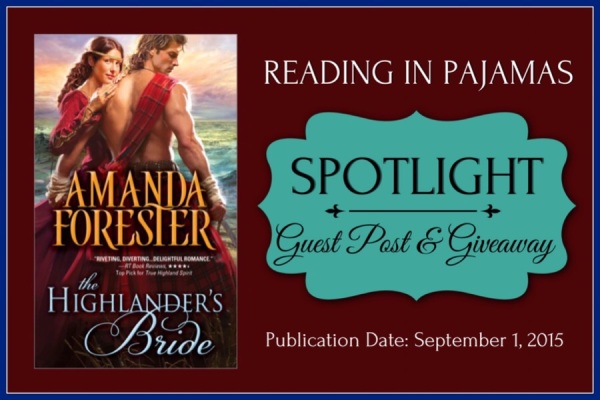 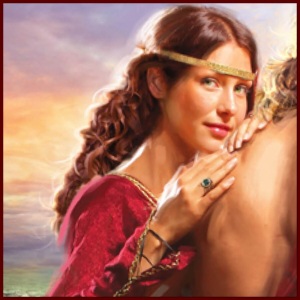 Originally from: Born in 1338 and raised in the duchy of Bergerac, France, where her father is the duke

Describe yourself in 200 words or less: Greeting, mes amis. I am pleased to meet you all. I am the humble daughter of the duc de Bergerac. [humble, snort] (If you please, Lady Agnes, to hold your tongue while I am speaking to these nice people.) As I said, I am the daughter of the duc de Bergerac and it is my pleasure to serve the duchy by accepting my arranged marriage to a Highland chief, who will assist our people in their most desperate fight against the English oppressors. [Gasp! How can you accept such a fate?] (Do you think I wish to be banished to some frozen wasteland with a barbarian husband? No! But we must sacrifice ourselves for our people.) Ahem. Thank you for visiting today. Please forgive the short interview for myself and my ladies are preparing to undertake a journey most arduous for the good of our people.

What matters the most to you in your life?: I have been trained since I was in leading strings to serve my father and the duchy. People look to me for encouragement, so I must remain calm and serene in all circumstances. It is what is expected of me…but sometimes I wish to make my own decisions, to reject the path my father has for me, even if it means to stay in France and fight myself against the English dogs. Ah, forgive me, that is but nonsense. I shall go to Scotland as I must.

What is your favorite way to pass the time? Do come close. I shall tell you, but I cannot have my ladies hear this or they will put a stop to it tout suite. Before she died, my mother she taught me to…to read. I confess, I have read through all of my father’s book collection most priceless. The only thing my ladies will allow me to read is the Book of Hours, for they believe books would overcome my delicate sensibilities. My sensibilities, they must not be so delicate, for I adore reading the Greek myths, the stories of adventure and…oh, here they come. Please not a word to my ladies-in-waiting!

If money was no object and you had 3 weeks free of responsibility what would you do with your time?: Oh, but that is a question burns in my heart. If I could do anything, I would remain here in France. I confess, I am most anxious by the thought of leaving everything behind and traveling with this large Highlander, this Sir Gavin, who will be my guide to meet my affianced husband. He has a kind face, but everyone knows Highlanders are barbaric creatures. I fear my fate, but I must do my duty to my family, to the people of my land, even if it means never seeing them again. 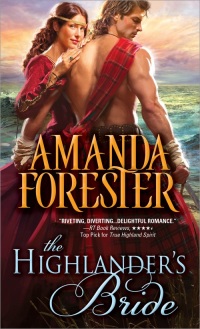 Their attraction is forbidden

All Highland warrior Gavin Patrick wants is to get back to his native Scotland. But before he can leave the battlefield, he’s given a final mission—escort Lady Marie Colette to her fiancé. Under no circumstances is he to lay hands on the beautiful, clever-tongued heiress…no matter how desperate the temptation.

Forced to pose as a married couple to make their escape from France, Gavin and Marie Colette find themselves thrown into peril…and each other’s arms. As the danger mounts, so does their forbidden passion. But it isn’t until Marie Colette is taken from him that Gavin is forced to decide—is he willing to lose the woman who stole his heart, or will he jeopardize his honor, defy his promise, and steal her in return?

Lady Marie Colette had one chance. She needed to secure the Highlander’s agreement to decline marrying her, and she needed to do it quickly, before her father returned. She had never before defied her father, but if he thought he could protect her by arranging a marriage with a Highland warrior and send her far away to Scotland of all places, he was much confused.
In truth, Sir Gavin was a fine specimen of a man. She was fair enough to admit it. He was a young man and built on a large scale, towering over most men. He had broad shoulders and a muscular chest, well-defined beneath the formfitting surcoat. His dark brown hair hung down to his square jaw and had a bit of a thick wave to it. He was clean shaven, a surprise considering he was a barbaric Highlander.
“I have heard rumors o’ yer beauty, but ye’re bonnier than anything I heard described.” Sir Gavin spoke in a rich tone with a lyrical accent, pleasing to her ears. However, if he thought he could win her over with compliments, he was much mistaken. She had been told so often she was beautiful that the words no longer had meaning.
“Please understand. It is impossible for me to marry you. But if you make an arrangement with me now, you will not leave empty-handed. Name your weight in gold to walk away.” Her heard pounded to make such a blunt offer. In truth, she would never have made such a crass offer to a French knight, whose honor would have been greatly impinged, but Sir Gavin was a foreigner. A Highlander. Were they not only here in France to profit off of the long war?
Sir Gavin’s eyebrows rose for a moment before falling back down in resignation. “I will no’ take the fortune of a lady, nor will I force anyone to marry me.” He spoke in a careless manner, as if what she offered was nothing to him.
Colette released a breath she had not realized she was holding. Had he just agreed not to marry her? Would he simply walk away? “So you will tell my father you will not marry me?”
A wry smile played about his lips and she had the distinct impression he was not taking the situation as seriously as she thought it deserved. “I am yers to command. If ye wish me to leave, I will go.”
Relief washed over her. She would not be banished to the wilds of Scotland with some strange, albeit attractive, man. “Thank you, Sir Knight. My father, he wished to protect me by sending me far, but I cannot see myself in such a wild, foreign place. We would be most unequally yoked.”
Gavin leaned a shoulder against the stone wall and stared out the dark window into the night. “The Highlands are a rugged place and my home is no’ nearly as grand as this fine castle. ’Tis a wild place, but in the evening, when the sun’s rays touch the high peaks, setting them aglow with the fiery light, ’tis so beautiful it robs yer breath. No finely decorated hall could ever compare.”
Colette opened her mouth but no words came.
He turned back to her, appraising her finery with a critical eye. “Someday, God willing, I shall take my bride there, a bride who chooses me above all men. We will no’ be surrounded by courtiers or pageantry or fancy clothes or ridiculous pointed shoes.”
Colette swallowed, heat creeping up the back of her neck. Had he seen the points of her shoes?
He stepped close to her, moving with a fluid grace that made her heart beat faster. “In the Highlands we dinna have all yer comforts, but what we do have we fiercely defend.”
“What do you have?” she asked in a voice barely above a whisper.
“Freedom. In the Highlands, m’lady, ye would be free.”
Free? She stared up at him. He dangled before her the one thing all her riches could never buy. He offered her freedom.
He leaned nearer and her eyes fell to his lips, which inexplicably appeared soft. She could not help but respond to the irresistible pull of his inviting mouth. He moved slowly, bending down so that their lips drew dangerously close. She breathed in the scent of him, an intoxicating mix of wood smoke, fine wine, and pure man.
The door creaked and her father strode back in the room as both Colette and Gavin jumped away from each other. The duc de Bergerac spread a scroll out on a table. “This is the marriage accord I have made with the Baron of Kintail.”
“Wait…who?” Colette tried to gather together her swirling thoughts in order to form speech. She glanced at Sir Gavin. The careless smile was gone. They had both made the wrong assumption.
Gavin wasn’t meant for Colette at all.

5 Copies of The Highlander’s Bride

Amanda Forester holds a PhD in psychology and worked many years in academia before discovering that writing historical romance was way more fun. A Publishers Weekly Top Ten author, her books have been given starred reviews from Booklist, Publishers Weekly, and a Top Pick from RT Book Reviews. Whether in the rugged Highlands of medieval Scotland or the decadent ballrooms of Regency England, her novels offer fast-paced adventures filled with wit, intrigue, and romance.