Check out an excerpt from Falling Away by Penelope Douglas releasing tomorrow, 1/6, and enter the giveaway. We have a review scheduled to post next week. I love this book and I’m excited to share it with y’all! /Cori 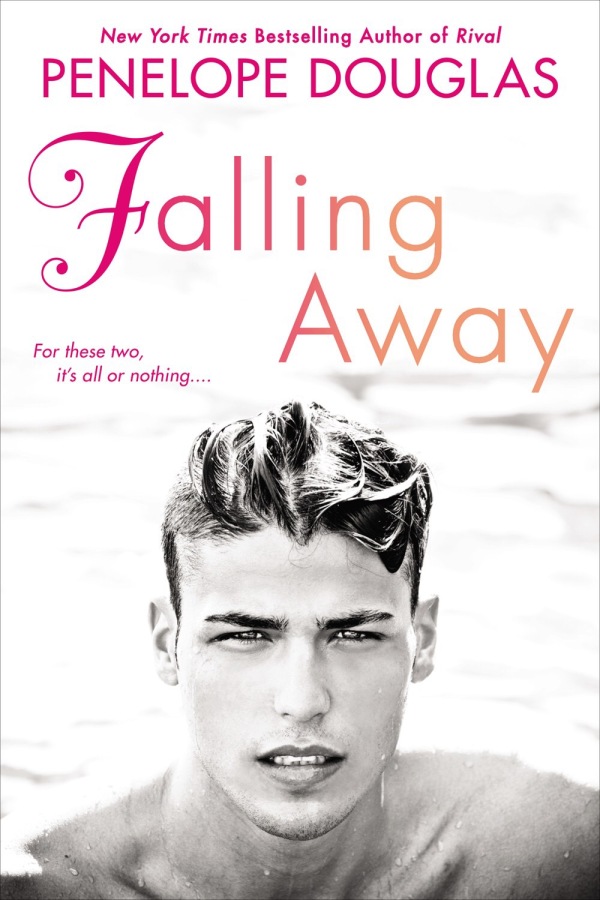 Jaxon is the guy she’s supposed to avoid. K.C. is the girl he won’t let get away….

K. C. Carter has always followed the rules—until this year, when a mistake leaves her the talk of her college campus and her carefully arranged life comes crashing to a halt. Now she’s stuck in her small hometown for the summer to complete her court-ordered community service, and to make matters worse, trouble is living right next door.

Jaxon Trent is the worst kind of temptation and exactly what K.C. was supposed to stay away from in high school. But he never forgot her. She was the one girl who wouldn’t give him the time of day and the only one to ever say no. Fate has brought K.C. back into his life—except what he thought was a great twist of luck turns out to be too close for comfort. As they grow closer, he discovers that convincing K.C. to get out from her mother’s shadow is hard, but revealing the darkest parts of his soul is nearly impossible.

“Jax, I can’t,” she breathed, placing her hands on my chest. “I . . . ,” she stammered, “I don’t exactly dislike you anymore, but this isn’t a good idea. As much as I’d like to give in, I can’t be that girl.”
“What girl?”
She stared at me. “A one-night stand.”
My fists tightened around her shirt. So that was what she thought I wanted?
My voice hardened. “What makes you think you’d be a one-night stand?”
“Because you’re Jared Trent’s brother. Because you’re young. Why would you want more?” she asked, her tone light. “I’m not trying to be prissy, okay? You get to me. I like the way you feel. I’m just not ready for this.” Her lips pursed, and she started to rise, but I pulled her back down.
“Ready for what?” I bit out, getting seriously fucking annoyed at her assumptions and the fact that she compared me to Jared. Two minutes ago she’d had her arms and legs wrapped around me.
Her eyebrows shot up, challenging me. “This,” she spat out, and dug into my pocket, pulling out my knife. “It’s been digging into the back of my thigh since I sat down. Why do you have so many computers? Why do the cops let you get away with anything? What do you do to make a living? And why do you carry a knife, Jax?”
My chest filled with delight at her anger. She was getting ballsier by the minute.
I shot her a smirk. “Because it’s quiet.”
And I almost laughed at her arched eyebrow. She was asking why I carried a knife, and I just answered why I carried a knife instead of a gun.
She averted her eyes, but I caught the annoyed expression as she raised the knife up to her face, studying it. She hit the button, and the blade shot out right between us.
I had only a moment to wonder what the hell she was doing before I reared back, seeing her jab the knife into my space.
“You think you scare me, don’t you?” she taunted, holding the blade to my neck, playing with me.
I sucked in a few quick breaths and let out a startled laugh as my heart slammed against my ribs. Well, this was new.
I swallowed, meeting her triumphant little smile and leaning into the blade, feeling the sharp, cool steel bite into my neck. “You want to play? You don’t know how to play my games, Juliet.”
And I snatched the knife out of her scarred hand and brought it down to the hem of her shirt, slicing it up the middle.
“Jax!” she screamed, fumbling with her now useless T-shirt as I threw the blade onto the floor. “What are you doing?”
Grabbing her around the waist, I stood up, whipped her around, and planted her in front of the window looking down onto the backyard full of partiers.
I wrapped my arms around her shaking body and growled into her ear from behind her, “God, Juliet. You think I just wanna fuck? You think I wanna keep myself hidden and mysterious, because it’s my play to get women into bed? Huh?” I pressed. “No, baby. I could fuck ten different girls tonight if I wanted to. I don’t want to do that.”
Her chest shook, and she squirmed against me, probably scared that we could be seen out the window.
“So, what do you want?” she cried. “If not a one-night stand?”
I closed my burning eyes, and buried my lips in her hair. “I want to terrorize you,” I confessed. “I want to cut you without drawing blood. I want to break you.” I pulled her into me. “And then I want to fuck you.”
From the moment I laid eyes on her I had wanted to break her out of her shell. I wanted to see her undone, and I wanted to take her over. For how long, I didn’t know, but I knew it would be for more than one night.
I also knew it wouldn’t be forever.
Her breathing slowed, and she stilled, staring out the window. I straightened behind her and peeled off the T-shirt she was holding closed.
“Jax,” she whimpered, turning her face to me. “They can see us.”
Reaching around, I turned her chin back toward the window. “They can’t see you. The window’s tinted.” The shirt, sliced up the front, fell down her arms and spilled to the floor. “But you can see them, Juliet,” I pointed out, gently running my hands up her bare arms. “They drink, they laugh, they have meaningless conversations about what’s trending on Twitter.” I paused and dug my fingers into her hips, pulling her ass into me and breathing into her ear, “And I’m so jacked up I want you so bad.”

Penelope Douglas was born in Dubuque, Iowa and has a Mastersof Science in Education from Loyola University in New Orleans. She lives with her family in Las Vegas. 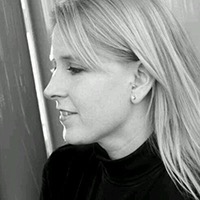 One thought on “Release Countdown, Excerpt & Giveaway: Falling Away by Penelope Douglas”