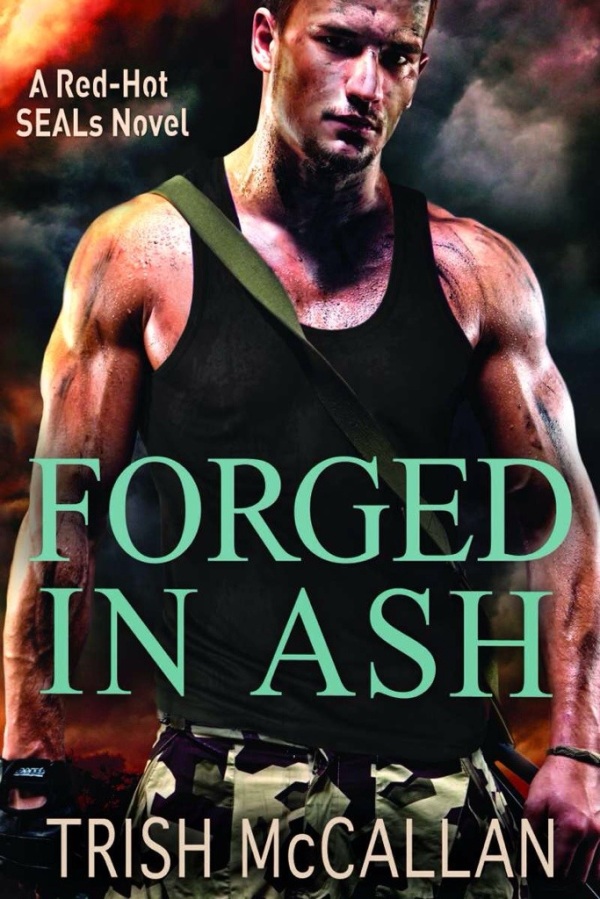 Kait Winchester inherited a special gift from her Arapaho ancestors: she can heal with her touch. And there is no one she would like to get her hands on more than the super-sexy SEAL who seems determined to ignore their off-the-charts chemistry. When the wounded warrior finally seeks her help, she’s ready to nurse him back to health…and into her bed.

Navy SEAL Lieutenant Marcus “Cosky” Simcosky is no stranger to hot water, but recent events have boiled over into one hell of a mess. His team is under investigation for a hostage rescue gone wrong, a crazy female stalker is on his trail, and the last few bullets he took just may sideline him for the rest of his career. The kicker? The one woman who can help him get back on his feet—and has haunted his fantasies for years—is his teammate’s sister. He’s looked but never touched. When his stalker targets Kait, though, Cosky will have no choice but to do whatever is necessary to keep her safe.

I read Ms. McCallan’s first novel, Forged in Fire, February 2013 and loved it. I just now found that Forged in Ash had been out since January and I couldn’t wait to read it. This book was worth the wait. I love the gritty pulse pumping action and the unusual paranormal aspects thrown in. The latter gives an interesting flair to this special ops novel. The romance was pretty steamy but I wish it has flowed a little better instead of going from hot to tepid and then suddenly hot again. I also hate cliffhangers and lament that I have to wait until October to read the next installment. This time I’m marking my calendar!

Trish McCallan was born in Eugene, Oregon, and grew up in Washington State, where she began crafting stories at an early age. Her first books were illustrated in crayon, bound with red yarn, and sold for a nickel at her lemonade stand. Trish grew up to earn a bachelor’s degree in English literature with a concentration in creative writing from Western Washington University, taking jobs as a bookkeeper and human- resource specialist before finally quitting her day job to write full time.

Forged in Fire, the first book in her Red Hot SEALs series, came about after a marathon reading session, and a bottle of Nyquil that sparked a vivid dream. She lives today in eastern Washington. An avid animal lover, she currently shares her home with four golden retrievers, a black lab mix and two cats.