In Darkest Flame by Donna Grant, the Dark Kings have fought for centuries to preserve their dragon magic. But one of the most powerful warriors of his kind will be put to the ultimate test. Is he strong enough to resist his greatest temptations? Or will he be forced to surrender—body and soul?

HER BEAUTY IS A WEAPON.

Denae Lacroix is a beautiful MI5 agent on a deadly mission. Sent to the Scottish Highlands to spy on the mysterious Dreagan Industries, she discovers too late that she’s been set up—as human bait. She is an irresistible lure for a man who has not seen or touched a woman for centuries. He is a man with a destiny—and a desire—that could destroy them both…

HIS PASSION IS A CURSE…

It’s been twelve hundred years since Kellan has walked among humans—and there’s no denying the erotically charged attraction he feels for Denae. But as a Dragon King, he is sworn to protect his secrets. Yet the closer he gets to this smart, ravishing woman, the more her life is in danger. All it takes is one reckless kiss to unleash a flood of desire, the fury of dragons…and the fiercest enemy of all.

Darkest Flame is the first book in Donna Grant’s new dragon paranormal romance series, Dark Kings. I devoured it! Donna Grant created a sexy and exciting world of dragons who protect humanity. It kept me on edge and flipping the pages from start to finish. I loved Kellan and Denae’s story! Denae is a strong female character who changes the way Kellan feels about humans. Their chemistry together was explosive! Their story was filled with action, suspense, emotion and sizzling romance. I highly recommend this new series and will be anxiously awaiting the next book. I think the Dark Kings Series will quickly become one of my favorite paranormal series.

*Review copy provided by St. Martin’s Paperbacks in exchange for an honest review. 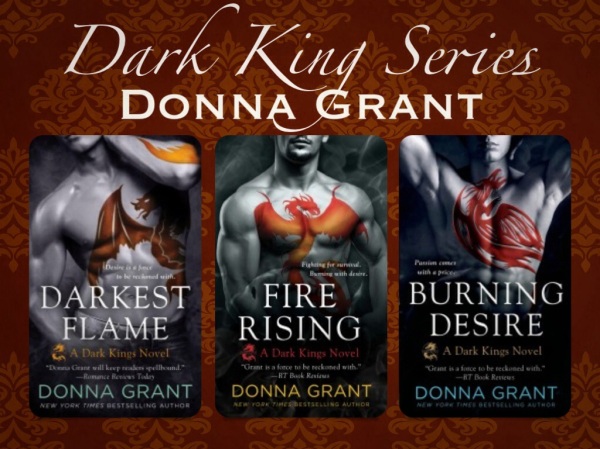 New York Times and USA Today bestselling author Donna Grant has been praised for her “totally addictive” and “unique and sensual” stories. She’s the author of more than twenty novels spanning multiple genres of romance. Her latest acclaimed series, Dark Warriors, features a thrilling combination of Druids, primeval gods, and immortal Highlanders who are dark, dangerous, and irresistible. She lives with her husband, two children, a dog, and three cats in Texas. 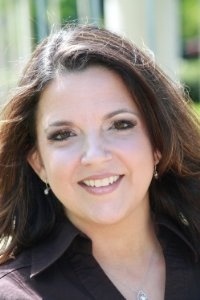 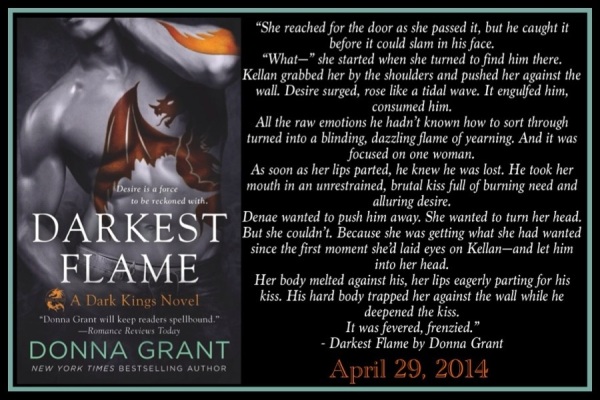