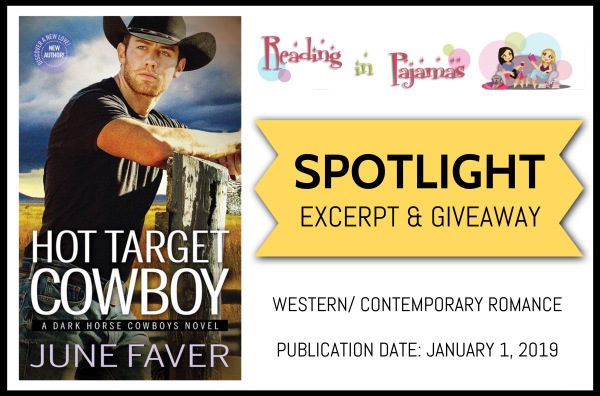 His loyalty is to his family. But his heart belongs to her.

Eldest son Colt Garrett is the biggest, strongest and steadiest of the Garrett brothers. Colt accepts his responsibilities, knowing his future is tied to the land. Colt has stayed centered—but when he falls in love, he falls hard. He is mesmerized by Misty Dalton, the younger sister of one of his brother’s friends.

Misty Dalton has held together a family plagued with problems since her mother passed away. But when the threats to her family turn deadly, Misty turns to Colt. If anybody wants to hurt Misty, they’re going to have to go through the toughest of the Garrett boys first.

It was at dinner that Misty announced her intentions of moving back to the Dalton ranch.
Colton could not have been more surprised if she had smacked him in the face.
There was a chorus of disappointment, but Misty seemed to have made up her mind.
Colton was angry. He tried not to show it, but he speared his food and shoveled it into his mouth in silence.
“Do you think it’s safe?” Leah asked, giving voice to his concerns.
Misty shrugged. “I don’t know why it wouldn’t be. Mark and I don’t know anything about the banker’s death or why he wound up there.”
Leah’s brow puckered in a frown. “But what about Joe? Whoever killed him is still out there. As I understand it, the sheriff doesn’t have a lead on the person who shot him.”
“Trust me, Joe’s death is on my mind all the time.” Misty’s lips trembled before she pressed them together in a firm line. “I—I don’t know anything about that, either. I mean…” Her voice dropped to a lower register. “Mark and I weren’t in the loop. Joe didn’t share his thoughts or his activities with us.”
Colton swallowed hard, his food going down like a load of concrete. “Yes, but whoever shot him might not know that. I don’t think you’ll be safe there.”
Her large, dark eyes appraised him, as though wondering at his motives … causing him to wonder what his own motives were. “Well, we can’t keep imposing on the Garrett family hospitality forever. We need to get back home and try to pick-up the pieces.”
Colton stabbed a piece of meat and poked it into his mouth, thus ending his commentary.
Later, he asked Misty to take a walk with him.
She hesitated, but took the hand he offered.
It wasn’t fully dark outside, but the sky was streaked with purples and crimson from the setting sun. Crickets chirped and the smell of damp earth and grass wafted on the light breeze.
Colton tucked her hand in the crook of his arm and laid his hand on top of hers. It always felt so small and soft when compared to his.
“What did you want to talk about?” she asked.
He sucked in a breath and blew it out in a huff. “I’m concerned about you and Mark moving back to your home so soon after all the violence. I wish you would give the sheriff a chance to find out who’s behind the murders of your brother and Mr. Hamilton.”
Misty hung her head, but stayed in step with him as they made a wide circle of the house and outbuildings. “I feel like such a moocher staying here. I appreciate you for taking us in when we were about to be thrown out. I appreciate you even more for all the sweet things you do without even thinking about it.”
He stopped, turning to face her, and lifted her chin. “Misty, honey—you’ve got to know how I feel about you.”
She gazed up at him solemnly. “No, I can honestly say, I don’t have a clue. I think you like me, but maybe you need to spell out your feelings for me.” The silence that followed was like a black vortex sucking him inside.
Colton’s chest tightened as though a steel band was constricting his lungs. He swallowed hard. “Well, I guess you could say I love you.”
She raised her brows. “Guess you could say? What the hell does that mean?”
He grinned. “Damn, you’re a tough woman. I love you. There! Are you satisfied?”
“Well, I don’t know. Why was that so hard to say?”
“Because I’ve never said those words to any other woman before. It’s you. You’re the one I love.” He stroked her cheek with the back of his fingers.
She broke into a wide grin of her own. “Now I’m satisfied.” She slipped both arms around his waist and delivered a fierce hug.
Colt wrapped his arms around her, holding her tight against him. Now she knows. He pressed a kiss against the top of her head, rocking her slightly.
“Oh, Colt. I’ve been hoping you felt that way about me.”
He snorted, indelicately. “Well, if you didn’t know, you were the only one. I’ve been taking heat from Beau and Leah … and my dad.”
She gasped, raising her head. “Your dad?”
“Yeah, everyone knew but you.”
She ducked her head again, but she was grinning. He thought she was blushing, but the diminishing light hid her embarrassment. “So, now what?”
“So now I ask you again, as the man who loves you, please don’t move back to your house until the sheriff has caught whoever murdered your brother and Fred Hamilton.”
“Well, since you’re the man who loves me, I’ll take your concerns very seriously.” She blew out a breath. “Do you suppose we could go talk to the sheriff tomorrow and see if he has anything new to tell us?”
He kissed her forehead and then her nose. “Sure thing. As long as you give him a little time to solve the murders.”
She broke loose with an impudent smile. “Why Colton Garrett. I do believe you like having me around.”
“More than you know.” He gave her a little squeeze. “Now promise to let the sheriff get to the bottom of the violence before you go moving back to your ranch.”
“It depends on what he has to say.”

5 Copies of DO OR DIE COWBOY

.June Faver loves Texas, from the Gulf coast to the panhandle, from the Mexican border to the Piney Woods. Her novels embrace the heart and soul of the state and the larger-than-life Texans who romp across her pages. A former teacher and healthcare professional, she lives and writes in the Texas Hill Country. Find her at https://www.junefaver.com/